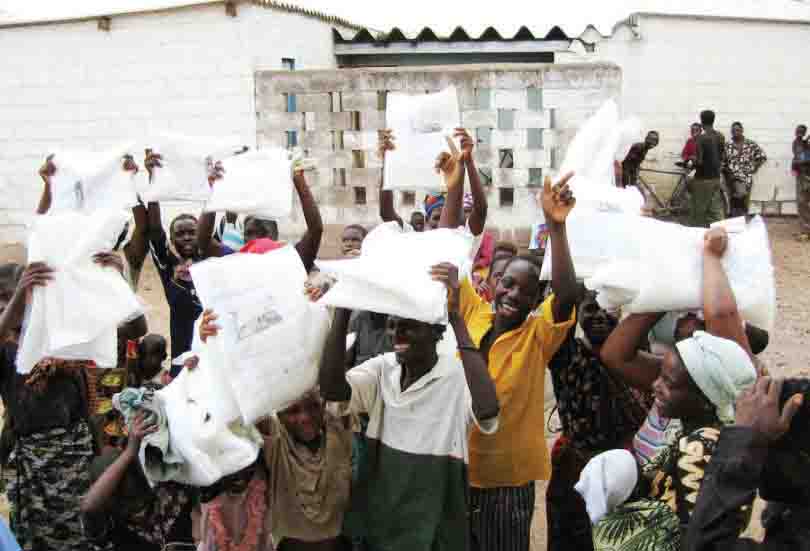 TEDDY KUYELA, Lusaka
ALTHOUGH Zambia has made strides in malaria prevention and control in the last five years, the disease still kills more children under the age of five than any other.
Malaria affects more than four million Zambians annually, accounting for approximately 30 percent of outpatient visits and resulting in almost 8,000 deaths each year.
Under five children and pregnant women are the most vulnerable, especially those in remote and impoverished areas, with 35-50 percent of under-five mortality and 20 percent of maternal mortality attributable to malaria.
Of all people who die from malaria in Zambia, 50 percent or more are children under five years of age. Fifty percent of under-five hospital admissions are due to malaria. Malaria accounts for 20 percent of maternal deaths.
Combating malaria is vitally important in the battle to save young lives and protect children from losing their mothers.
Malaria is both preventable and treatable, but it is a complicated disease whose prevention and control requires multiple interventions.
National Malaria Control Centre Principal Information, education and communication officer Pauline Wamulume said in an interview that preventing malaria requires creating a malaria-free environment, which means spraying the inner walls of populated structures (homes, schools, hospitals, businesses, and other institutions) with insecticides and always sleeping under insecticide-treated nets (ITNs).
Ms Wamulume said other measures include environmental control to prevent the development of mosquito breeding grounds.
â€œFor those for whom prevention measures fail, prompt and effective treatment is imperative.
Treatment begins with recognising the symptoms of malaria, seeking treatment immediately at the onset of illness, and having access to community or facility-based health care workers who have the knowledge to treat malaria at its various stages,â€ she said.
Malaria prevention and treatment is expensive. Only over the last five years, as a result of partnership between the government, UNICEF, the World Health Organisation, the Presidentâ€™s Malaria Initiative, the Bill and Melinda Gates Foundation, the World Bank, and other partners have affordable ITNs been made widely available.
In the past, nets were financially out-of-reach for poor Zambians, costing upwards of US$12 each. Free distribution and highly subsidised nets are now widely available, but need still outstrips supply. Currently, 64 percent of households in Zambia own at least one ITN.
Ms Wamulume said malaria-related deaths have reduced drastically because of the various interventions the government and other stakeholders are putting in place.
She said in 2013, the country recorded 5,502,440 cases of malaria which resulted in 3, 582 deaths and in 2014, the country recorded 6,124,911 cases of malaria which resulted in 3, 218 death while 5,204,328 cases of malaria were recorded in 2015 which resulted into 2, 389 deaths.
She said drugs for the treatment of malaria are constantly evolving and improving.
The new and improved medications are more costly and many hospitals and clinics face challenges in supply and logistics management.
Despite having Global Fund and other approved resources for procurement of anti-malarial medications, occasional stock outs occur due to lapses in the supply chain.
Further prior to 2006, most cases of malaria in Zambia didnâ€™t get a confirmed laboratory diagnosis, as the capacity for diagnosis was low.
She said in the last five years, the Ministry of Health and partners have introduced new diagnostic technology-rapid diagnostic test (RDTs), which can be used in remote rural districts where microscopic diagnosis is impractical.
Ms Wamulume said poor health seeking behaviour among communities is another challenge related to low awareness about malaria. Mothers and caregivers sometimes do not recognise the signs of malaria in infants or they seek other types of treatment from traditional healers.
While user fees for basic health services have been removed in rural areas of Zambia where the poorest children and families live, communities still face the dilemma of indirect health costs such as for transportation among others and hence delays in seeking care.
She said in partnership with the government and under the NMC programme, UNICEF supports a variety of interventions aimed at mitigating the impact of malaria on children and women.
ITNs are periodically mass distributed at no cost to recipient households, while highly subsidised low-cost ITNs (costing less than US$1) are available at antenatal clinics for pregnant women and children under the age of five.
Ms Wamulume said significant progress has been made in malaria control with increases in access to treatment, ITN ownership and utilisation, indoor spraying and public education.
She said it is also pleasing that Zambia passed the Roll Back Malaria target of reducing malaria mortality by half between 2002 to 2010 has been achieved.
She said the percentage of children aged 0-59 months that slept under ITNs increased from 24 percent in 2006 to 50 percent between 2006 and 2010.
It is also pleasing that UNICEF under its 2011-2015 country programme continued to support the government commitment to prevent and control malaria in Zambia. Support also included capacity development for duty bearers at all levels for the delivery of services.
UNICEF support has strengthened national health systems, focusing on the implementation of key policies and strategic plans that provide the framework and direction for key health programmes.
Government should therefore be commended for setting a goal of near-zero deaths and five malaria-free districts by the end of this year.