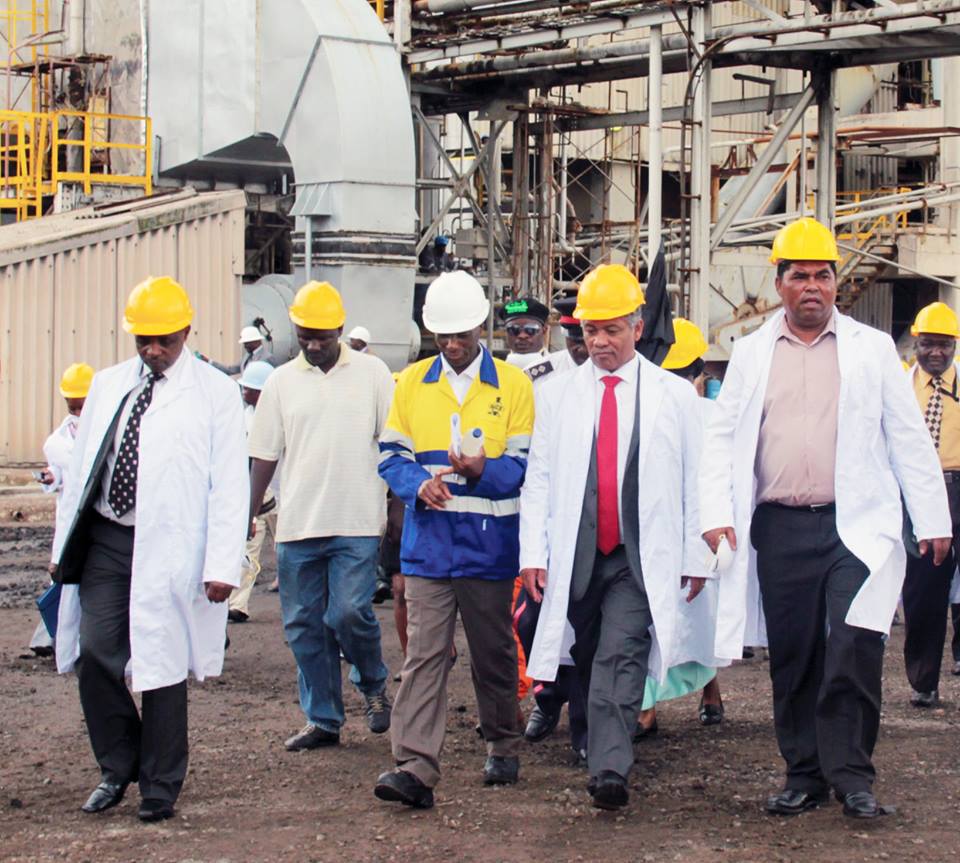 It is a relief that Government has come to the rescue of State Owned Enterprises – Zesco, Zambia Railways, Zamtel and Nitrogen Chemicals of Zambia (NCZ).
In doing so, Government, as the shareholder, is fulfilling its obligation to ensure that these public companies get out of their financial challenges and begin to operate sustainably.
The decision by government to convert all the debt by these companies into equity is a prudent business measure, which any shareholder would make to ensure profitability.
The 28th Cabinet meeting held on Monday has approved the conversion of all debt owed to Government by Zesco, Zambia Railways, Zamtel and Nitrogen Chemicals of Zambia (NCZ) into equity amounting to about K3.5 billion (US$299,515,439.23).
Acting Chief Government spokesperson Vincent Mwale said at a press briefing on Tuesday that the decision is meant to clean the balance sheets of the firms and make them profitable and attractive for investment.
These companies, which now fall under the Industrial Development Corporation (IDC), have strategic positions in Zambiaâ€™s economy and over the years they have been central to the development of the country.
Their services, as they run commercial activities on behalf of Government, are important to the economy of the country, which they have helped shape to what it is.
These companies employ large numbers of people whose livelihoods also depend on these parastatals.
Of course, these companies have faced their bad days and that is why they have run into debt but this does not mean they cannot be profitable.
There are some examples of state owned companies, which have made profits, such as the Malaysian Airlines and Petronas and these should motivate Zambiaâ€™s parastatal companies.
By cleaning their balance sheets, Government is giving them a fresh start and get back their edge to compete in the business environment.
This is because the shareholder knows its companies are profitable andÂ  they have to continueÂ  in the process of running the wheels of the economy.
A clean balance sheet also gives the parastatal companies a better opportunity to invest their resources.
Investment as one of the ways in which companies grow, is a desirable route for any entity that wishes to expand its business portfolio and we know there are a number of opportunities in the economy.
Any bank that will look at them with a clean balance sheet will not hesitate to come to meet their request for financing any expansion projects.
It is a practice for any government to participate in the economic development of the nation by providing policy direction and owning some business entities.
Therefore, as they enter the business environment, both state-owned companies and private companies meet stiff competition, which they have to somehow survive.
For this reason and as Government has come to their rescue, they are expected to run as business entities to make profits and survive the rough business world.
We also hope this gesture by Government is only the beginning of an effort to bring back to life all other parastatal companies that are burdened by debts.
We urge Government to come to their aid as well so that the general balance sheet of the IDC is attractive for investment.
For the recused companies, the onus is now on their respective managements to ensure that they live up to the challenge to begin making profits and declaring dividends to Government.
This would in turn reduce Governmentâ€™s burden of financing the national budget and ultimately there would be more resources for meeting the countryâ€™s needs.