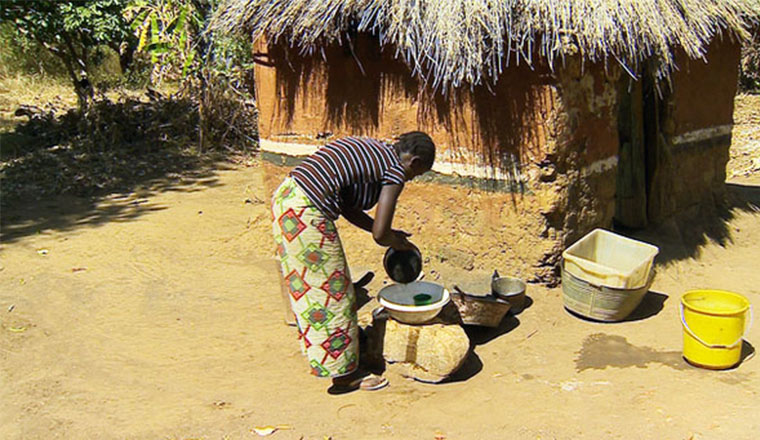 Can we help? with PASTOR & MRS BANDA
Dear Raphael and Namukolo,
My son recently got married to his long-time girlfriend. We had no problems with their relationship and everything was fine until marriage.
However, things have drastically changed now. My son has started ignoring me. He even argues with me in front of her even over the smallest matters.
They go out for dinner and movies and they do not even feel the need to inform me.
In fact, my daughter-in-law cooks her own meals and expects me to cook my own.
I have no clue how and why she is instigating my son against me. How should I tackle this situation?
Mother.
Dear mother,
It is quite clear from what you have shared that the bulk of the problem lies in your failure to understand what has just happened in the life of your son. Your son is now married and this should bring in a whole world of changes in the way you relate with each other. Many mothers-in-law are having great difficulties in relating with their daughters-in-law on account of their failure to understand the implications of their sons getting married.
The Bible teaches us that marriage entails a man leaving father and mother to be joined to his wife and the two become one. Genesis 2:24 NIV For this reason a man will leave his father and mother and be united to his wife, and they will become one flesh.
When a man gets married there is a dissolution of an existing relationship. All along, this man has been under parental care. The parents have nursed him to adulthood. During this period, he has been subject to his parents. He was obliged to obey his parents as a child. Colossians 3:20 NIV Children, obey your parents in everything, for this pleases the Lord.
When he finally gets married, he leaves his parental home to start his own with his wife. His allegiance is now to his wife to whom he is expected to cleave. Henceforth he is no longer under the control or supervision of his parents. The new marriage brings into existence a new entity which is completely independent from all parental rule. From now onwards the parents of the man and his wife can only play an advisory role if required. Your son is now the head or leader of his own family. Ephesians 5:23 NIV For the husband is the head of the wife …
In your situation, the first problem we see is that you seem to be living in the same home with your son and his wife. Either the couple has continued staying in your house after getting married or you have moved into their new home. It is a big anomaly if your son and his wife have continued to stay with you after getting married. They must be encouraged to find their own house as soon as possible where they can freely express their independence. Yet even given the short period they might be staying in your house, you must treat them as a completely independent entity and grant them all the space to operate independently. Yes, they must be free to plan their meals and movements without seeking permission from the parents.
The arguments you are having with your son though regrettable can easily be traced to your son’s desire to exercise leadership over his own family. Unfortunately, your presence is acting as an opposition to his newly acquired role of headship. This is causing him irritation which is taking the form of arguments. It is very unlikely that your daughter in law is instigating him against you. You are the one who is failing to appreciate your son’s new status.
The other possibility is that you are the one who has moved into your son’s home. In the light of what we have already explained this is highly unwise and should be done as a last resort. If you are able bodied and can take care of yourself it is advisable that you stay on your own or with relatives or children who are not married. Staying with your son who is now married will only serve to compromise the new marriage and can be the source of marital problems. Many marriages have cracked up and even collapsed on account of interference from in laws.
If in the extreme case that you might be incapacitated and unable to stay on your own and it is inevitable that you stay with your son and his wife then you must conduct yourself in a manner that fully recognises their independence.
RELATIONSHIP TIP
Suspicion grows by feeding on itself. Avoid acting on it in the first place. Rather deal with facts.
For comments and suggestions email: raphaelandnamukolo@gmail.com

Tagsagainst me Daughter-in-law my son

Putting women in charge
Say no to sexual harassment