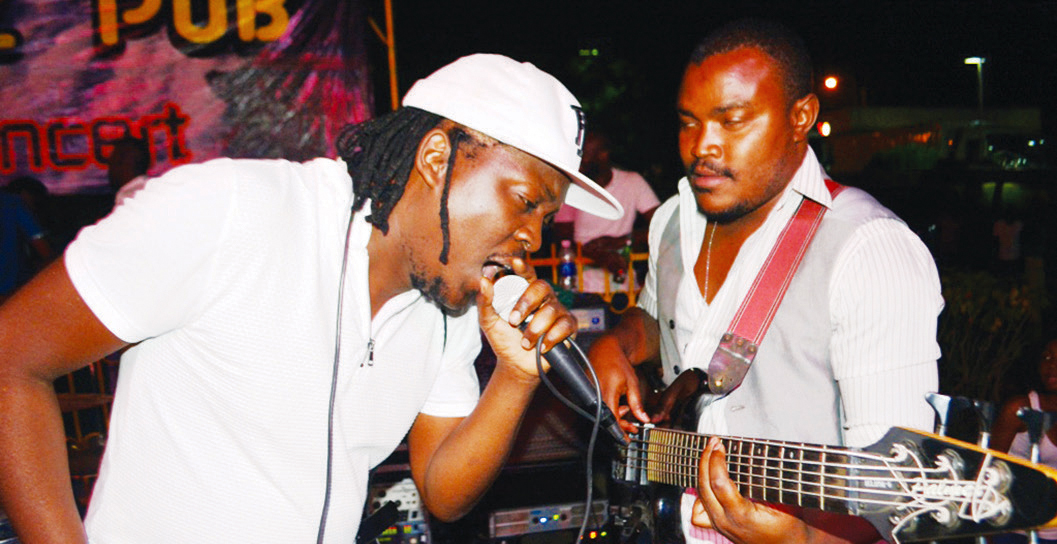 CHALI MULENGA, Livingstone
IT MIGHT have been sometime since Danny Kaya last released a hit song, but make no mistake, he still remains top drawer – one guaranteed to attract a sizeable audience such as the one that was at Limpos Pub and Grill in Livingstone last Friday.
Yes, you may not hear most of his songs playing on radio nowadays in the way that they used to in the past, but Danny Kaya remains active on the road, often playing outside Lusaka.
Playing with his Mo Fire Band, it is always a show â€“ a real show, whenever Danny is performing
Ask any Danny Kaya fans to come up with their choice of 10 songs to be included on the Best of Danny Kaya album, and you will see how varied the titles will be.
It is something Danny did a few months ago on Facebook.
The first one, Levy Sakala, listed Fluffy, Yakumbuyo, Niulule, Live, Beta TV, Mazoe, Joni, Kaya and Champion, while another one, Mwinde Jenice Kaunga, suggested Kaya, Nizachita Bwanji, Protecting What is Mine, Vilibe Nchito, Ba Boss, Live, Bushe Mailo, Appreciate, Champion and Njelela.
Some of those titles could be long-forgotten songs.
Whatever the case, it is a difficult task to come up with 10 best songs by Danny.
â€œMost of your songs are hits and it can be difficult to select the top 10. Perhaps, just make a big volume one,â€ Raphael Katongo Jr admitted.
Well, one way of accessing that big volume is by attending his live performances. Most times, he will ask members of the audience to make their requests.
The audience at Limpos Pub and Grill was treated to some old songs, some of them since long forgotten about. Danny has certainly come a long way since making his debut with the hit song Masiku Onse.
Yes, you may not hear Masiku Onse on radio these days, but it still remains a hit among Danny fans.
It is one of the reasons why the fans packed Limpos Pub and Grill. And it is the reason why Danny Kaya rocked last Friday.
But it is difficult to have enough of Danny; despite performing most of the hit songs, fans were still demanding for more.