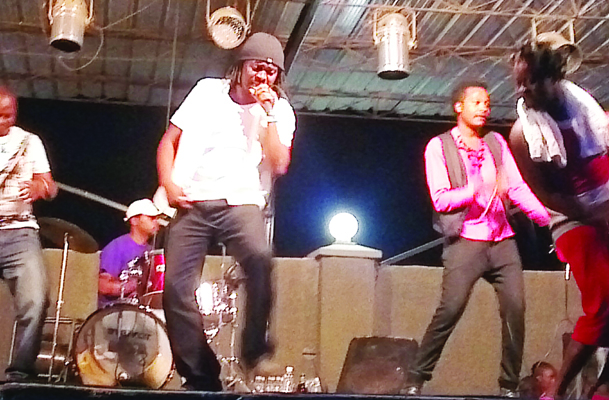 By KELVIN KACHINGWE
DANNY Kaya has embarked on an album launch tour of his latest project titled The Graduate, which will initially see him perform in Central, Southern, Copperbelt, North-Western, Lusaka and Eastern provinces.
He is expected to be supported by Naso, Titus and The More Fire Band on the tour that has been sponsored by Zamtel.
Danny has already performed in Kabwe and Ndola at the Zambia Air Force (ZAF) Mess and Poteco and was last weekend at Nzango Gardens in Monze and Natasha Club in Mazabuka.
This weekend, he is expected at East Point in Chipata and Petauke, where he will be performing for the first time.
From there, he will move to Choma and Livingstone for shows at Choma Hotel and Limpoâ€™s Pub, respectively. He is then expected to make a return to the Copperbelt with a performance at Bottoms Up in Kitwe, after which he will head to the North-Western Province for two shows at Tangi Falls in Solwezi.
After that, he will have a performance at Mumbwa Hotel in Mumbwa before ending the first leg of the tour with a show at Barclays Sports Complex in Lusaka.
At all the shows, fans will get The Graduate CD and also some Zamtel airtime.
He told the Weekend Mail in Lusaka that he is happy with the way the tour is going on, and he is particularly looking forward to his performance in Petauke.
â€œIâ€™ve never performed in Petauke before, so itâ€™s time for the fans there to watch us perform. Advance tickets can be bought for the shows at the venue,â€ he says.
The Graduate is Dannyâ€™s latest album after V.o.V (Voice of the Voiceless), which had songs like Weekend, 90 Minutes and Ku na Kwa.
Danny will probably be the first one to admit that he did not do much in promoting V.o.V. That is, however, due to copyright issues on two revamped cover songs.
Obviously, he will be hoping to do much better with The Graduate.
Dannyâ€™s other albums are Mvelani, Ama Lovingâ€™i, Yakumbuyo, Kaya, Champion and Live.
The Graduate is Dannyâ€™s ninth career album and was produced by Marie at his Mad House Studios. His previous efforts were mostly self-produced. Songs on the new album include Mr Wrong, Ka Beer, Stupid Job, Muntu Chabe, Milika and Mary Mafiga.