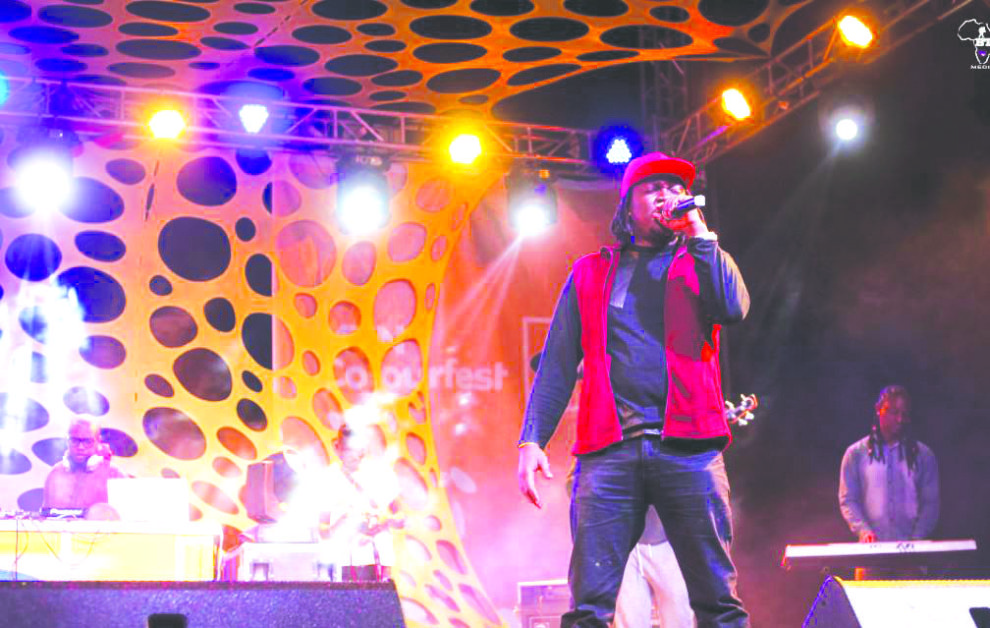 ZIO MWALE,
THELMA BWALYA
Lusaka
AFTER the successful hosting of the One Love Reggae Music Festival and the Kopala Experience, intrigue and suspense was on whether Danny Kaya could pull it off.
While he has done it before – several times in fact – these are different times.
Unpredictable times if anything.
The line-up was appetising enough – Hamoba, Petersen, Ty2, Ba Crazy, Izrael (formerly Exile) and Nalu.
It was a reminder of those times Danny Kaya could fill-up venues like Mumana Pleasure Resort (for the launch of Yakumbuyo) and Mulungushi International Conference Centre (for the launch of Kaya).
Before the coronavirus, he had done it at Levy Park Mall during the inaugural Danny Kaya Music Festival, which
celebrated his 20 years in music and his tenth album Ba Roomie.
The line-up at the first Danny Kaya Music Festival was not too different from the one at Mika Convention Centre,
where he held the second Danny Music Festival last week.
Hosted by actor and comedian Henry BJ Phiri, the show saw an overcrowded audience running in thousands descending on Mika Convention Centre.
To open the night, The Mo Fire Band were introduced to the stage and they instrumentally played the national
anthem. The band continued with Titus singing Weakness Yanga and later Naso delivering also his own song.
Later, Hamoba and Ty2, known for several hits back in the day when Sling Beats was in real business, were on stage.
By that time, the venue was slowly filling up. Ty2 and Hamoba took the audience back to the old days with their old hits.
For about 40 minutes, the two delivered titles like Smile, Bisa Mutima, Sunshine and Shelela which forced some audience members to abandon their seats and take to dancing and singing along.
With the two releasing a song together last year which was titled Tizasungana, it confirmed that they remain very much good friends. CLICK TO READ MORE