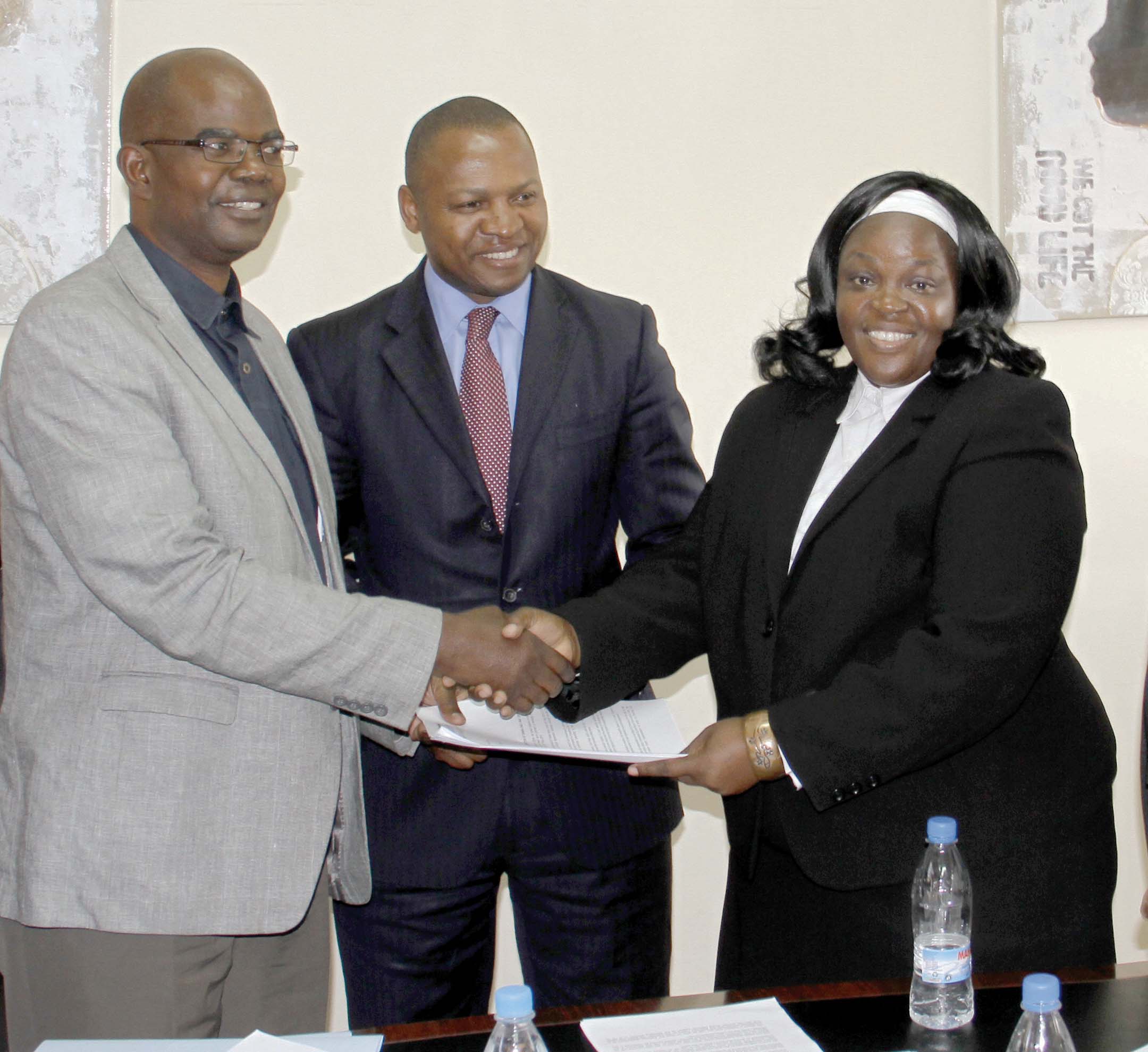 NANCY SIAME, Lusaka
GOVERNMENT has dissolved the boards of directors of Times Printpak Zambia and Zambia Daily Mail.
And Government has also terminated contracts of Times Printpak managing director Francis Lwanga and his Zambia Daily Mail counterpart Bryson Mumba.
Minister of Information and Broadcasting Services Chishimba Kambwili said in a statementÂ  yesterday that the two boards have served for nearly three years, which is the mandate they were given.
â€œAs minister mandated to constitute and dissolve the boards of these institutions, I must inform the nation that the tenure of these boards was to end on May 24, 2015 having been constituted on May 24, 2012,â€ he said.
Mr Kambwili said the boards have been dissolved before the actual day to allow security wings ample time to scrutinise would-be members of the boards.
The minister, who is also chief Government spokesperson, paid tribute to the outgoing board members for their commendable efforts to oversee operations of the two companies during their tenure.
Mr Kambwili also commended Mr Lwanga and Mr Mumba for their contributions.
He said Zambia Daily Mail deputy managing director Nebat Mbewe will act as managing director while Mr Beston Ngâ€™onga will replace Mr Lwanga in an acting capacity.
â€œGovernmentâ€™s long-term objectives and ambitions in the media industry remain unchanged, and as minister given the privilege to appoint the boards, I shall ensure that the men and women given the opportunity to run these companies perform to the best of their abilities,â€ Mr Kambwili said.
He said the key role of the public media is to ensure the citizenry is informed of Governmentâ€™s policies and development agenda.
And Mr Kambwili has called on media institutions to be objective in their reporting.
Speaking on â€˜Let the people talkâ€™ programme on Radio Phoenix yesterday, the minister expressed disappointment with the behaviour of some private media houses, which he described as unprofessional.
Mr Kambwili said journalism is not about character assassination but about informing, educating and entertaining people.
â€œPresident Lungu has been in power for 90 days and from the time he was sworn in as Republican President, a named private media has been publishing bad articles aimed at tarnishing his image,â€™â€™ Mr Kambwili said.
And Mr Kambwili said Government is looking at all areas of human endeavour to explore ways of improving the lives of citizens.
The minister said Government has a plan to create employment for Zambians.
â€œGovernment has been working towards infrastructure development.Â  We have been constructing roads, hospitals and schools.Â  And once completed, people will be employed, isnâ€™t that job creation?
â€œWe have over US$3 billion in investment pledges and they will take time to materialise,â€™â€™ he said.
Mr Kambwili said people worldwide are facing the challenge of unemployment.
He cited the recent xenophobic violence in South Africa as being driven by unemployment levels.
The minister also said that there is need for political parties and their members to fight tribalism.
Mr Kambwili said the PF abhors tribalism, and the manner in which the ruling party chose late President Sataâ€™s successor proves this.
He said President Sata was Bisa from Muchinga Province while his successor, President Lungu, hails from Eastern Province.