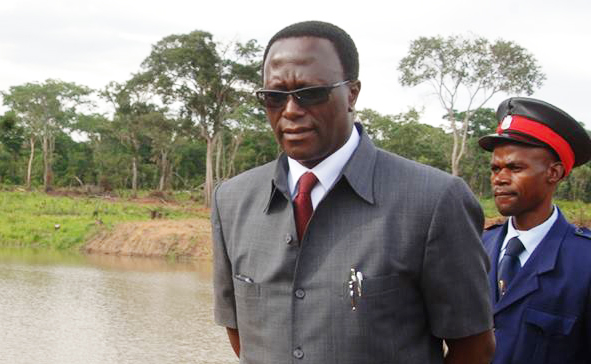 MAYENGO NYIRENDA, Chipata
EASTERN Province permanent secretary Chanda Kasolo is saddened by the continued number of road accidents involving cyclists in the province.
Mr Kasolo said there is need for Road Transport and Safety Agency (RTSA) to vigorously sensitise cyclists on the use of the road.

He said RTSA has a lot of work to do on sensitising people on road safety in the province.

He was speaking when RTSA deputy director – road transport Rodgers Nkandu paid a courtesy call on him.
“The numbers of cyclists being crushed on the roads here in Eastern Province are very high hence the need for RTSA to embark on a vigorous sensitisation campaign to educate cyclists on how to use the road,”Mr Kasolo said
Mr Kasolo said there is conflict between motorists and cyclists in Chipata as regards to who is supposed to give way to the other on the road, which is worrying.
He said there is need for RTSA to start issuing licences to cyclists if the high accident numbers are to reduce.
And Mr Nkandu said RTSA took advantage of the Kulamba traditional ceremony to educate the public on, which road safety.
He said RTSA had put up a team of officers on the Great East Road to ensure that road users observe the road safety regulations.
Mr Nkandu said his officers were not on the road to scare people who came for Kulamba traditional ceremony but to ensure road regulations were observed.

Mopani sends 1,000 away
Given can’t take it anymore