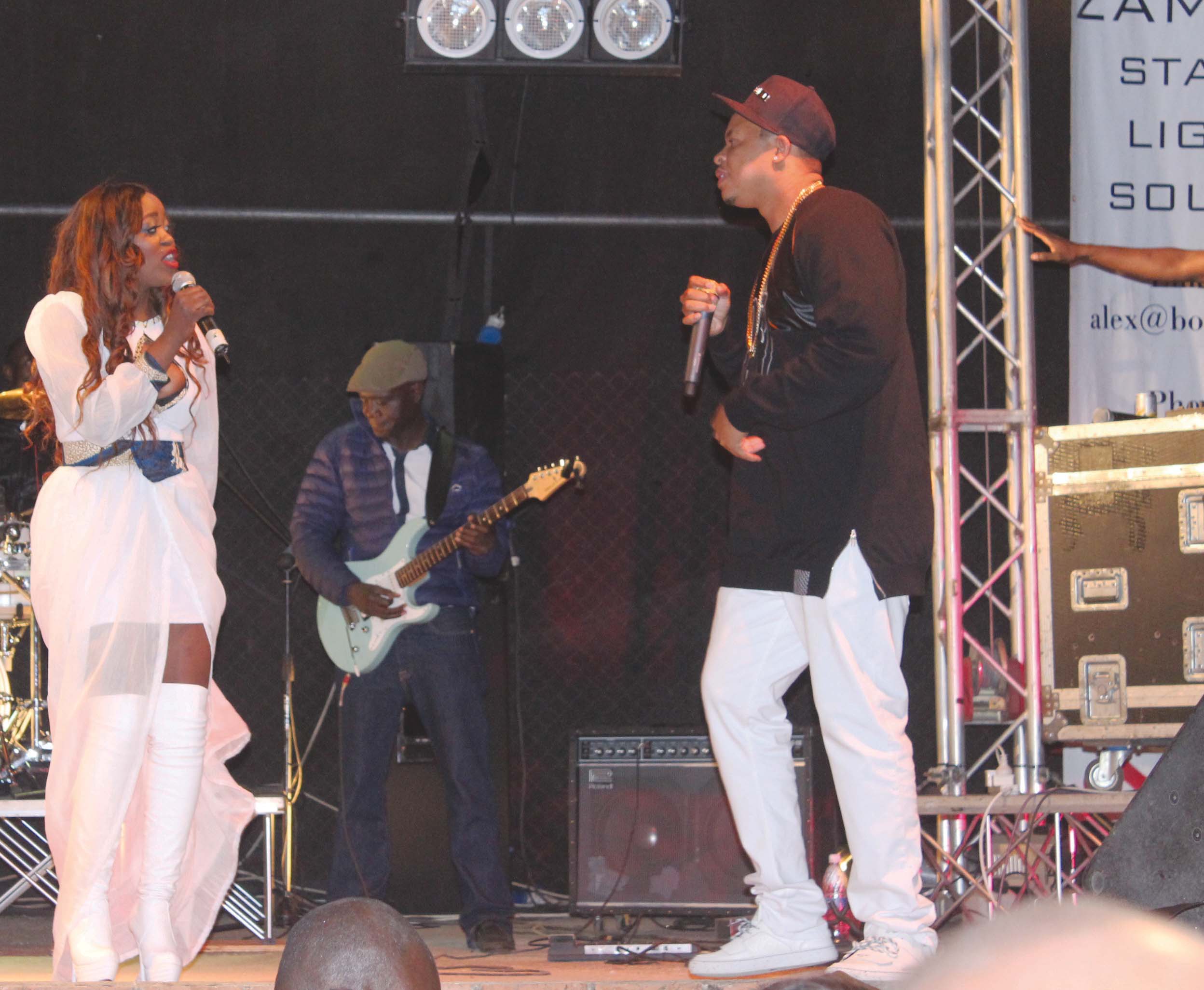 KELVIN KACHINGWE, Lusaka
EVEN though he is Dr Dreâ€™s son, it was probably unfair to expect so much from Curtis Young, who performed alongside Australia-based Zambian songstress Portia Clark at Smugglers Inn in Lusaka last Friday.
Well, in any case, apart from the fact that he never met his father until he was out of his teens, Dr Dre is no ordinary being in the entertainment industry.
His father is associated with Death Row Records, and for producing albums and overseeing the careers of the likes of Snoop Dogg, 50 Cent and Eminem, themselves no ordinary stars.
He was also a key figure in the popularisation of West Coast G-Funk, which is a style of rap music with synthesiser-based, slow and heavy-beats.
West Coast G-Funk; perhaps that is where comparisons with his father are made. Curtisâ€™ music is said to be a sonic dedication to classic West Coast rap beats.
He tries to balance the old and new schools – bringing the old West and the new West.
At Smugglers Inn, now renamed City Lodge, he teamed up with Portia, who as an amateur singer won several awards organised by Shoprite – her former employers.
Portia still retains an affinity with Shoprite, the reason, as part of the efforts to promote their Smugglers Inn show, they made an appearance at the Manda Hill outlet and mingled with the customers.
It is difficult to tell whether those efforts paid much dividend, seeing that the attendance was not the best at all by Smugglers standards. Anyhow, it is actually a risk to organise an outdoor show around this time of the year.
Australia-based Zambian rapper CRI$I$, who was to perform together with Chef 187, Shyman Shaizo and Wilz – Mr Nyopole, failed to make it, for whatever reason.
However, he was happy that Curtis, who also met First Lady Esther Lungu, was shown some â€˜loveâ€™ by the country.
But then, there was something striking about Portia and Curtisâ€™ duet. It was supposed to be a live performance, or so the audience was made to believe, especially with the likes of Uncle Rex on guitar and seemingly enjoying himself.
But from where the Weekend Mail team stood, it did not appear so.
Unless there is a different explanation, it looked like playback, which Zambian music enthusiasts have begun frowning at.