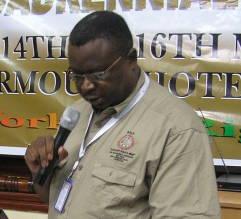 STEVEN MVULA, Lusaka
THE Zambia Congress of Trade Unions (ZCTU) has urged Government to strengthen its collaboration with other countries in curbing illicit financial flaws in Africa as evidenced in the Paradise Papers.

It has also called on the Zambia Centre for Inter-party Dialogue (ZCID) to promote interactions among political parties, especially between the Patriotic Front and United Party for National Development (UPND).
ZCTU president Nkole Chishimba said at an end-of-year media briefing in Lusaka yesterday that Government should enhance its partnership with other governments in fighting illicit financial flaws on the continent.http://epaper.daily-mail.co.zm/