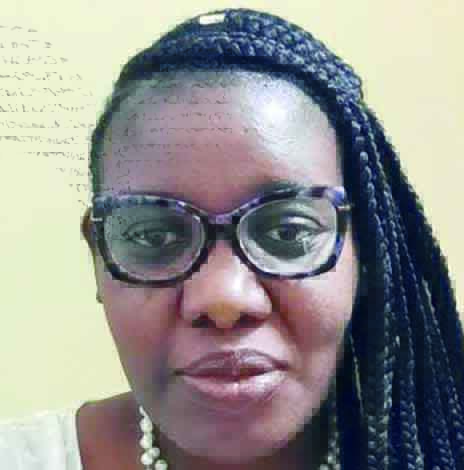 ANALYSIS: NAMAKAU SINKALA
COMPREHENSIVE sexuality education (CSE) has sparked public debate, with several stakeholders advocating against it. The controversy surrounding the subject is not unique to Zambia. Other countries are also facing similar challenges in implementing CSE due to resistance from stakeholders. This is based on the myth that it will encourage sexual activities amongst young people.
Currently, Zambia is experiencing problems of child defilement, teenage pregnancy, incest, and gender-based violence (GBV) which in some cases have led to loss of lives. Education is meant to address societal needs in terms of tackling such problems by producing a cadre of citizens who will be able to cope with the current and future needs of society.
The concept of CSE is a global education agenda spearheaded by UNESCO which Zambia ratified in 2013. CSE came about due to the realisation that ‘sexuality’ related problems of child defilement, teenage pregnancy, GBV, etc. have detrimental effects on socio-economic development.
UNESCO views CSE as a foundation for life and love. Comprehensive sexuality education focuses on promoting love, respect, and trust in relationships by imparting knowledge on puberty, gender, consent, relationships, sexual and reproductive health to young people.
What seems to be the bone of contention in this component of education is the word ‘sexuality’. I have heard the word sexuality being used interchangeably as ‘comprehensive sex education’ or ‘comprehensive sexual education’. These three words do not mean the same, much as they all imply to the same phenomenon.
Sex refers to the biological (physiological) make-up of species, that is, man or woman. Sexual has to do with the practice of sex. Sexuality is a complex phenomenon which focuses on the interplay between the physiological, cognitive, emotional, and social factors in relation to development of the biological make-up of human beings.
The physiological aspect occurs from conception and manifests distinct features of man or woman during puberty. The physiological aspect of CSE, also known as biological make-up of human beings, focuses on imparting knowledge to help boys and girls understand their bodies. This way, CSE is beneficial in helping children to have a smooth transition from childhood to puberty. This has been found to be beneficial in avoiding early sex debut due to ignorance.
It is therefore important to teach children about their bodies for them to get credible information, especially that the technological world is flooded with information. Some of this information might be misleading to the girls and boys, thus it can have negative outcomes.
Zambia has a high prevalence of unintended early pregnancies amongst teenage girls. The Zambia Demographic and Health Survey of 2018 estimated that 29 percent of girls between the ages 15 to 19 had started childbearing. This has adverse effects on education and health outcomes of the teenage girls with negative impact on development.
Teaching young people life skills will help to prevent teenage pregnancies and the resultant pregnancy complications of interrupting their education and health risks of contracting sexually transmitted infections (STIs), especially human immunodeficiency virus (HIV) as well as neonatal and maternal morbidity and mortality. According to United Nations Population Fund (UNFPA), adolescent girls aged between 10 and 19 and young women aged 15-24 years are at high risk of HIV infection. It is estimated that, globally, only 34 percent of young people have accurate information on HIV prevention and transmission. This gap knowledge is addressed through CSE.
It is said that prevention is better than cure. Prevention of teenage pregnancy is cardinal to ensure that investments in education of the girl child yield maximum returns. The heightened teenage pregnancy rates contribute to population growth, which negatively outstrips development if productivity is not marched with it. The number of people increases whilst the share of the national income decreases, resulting in poverty.
Teaching boys and girls about their SRH rights will help to curb problems such as child defilement and incest. Through CSE, children will be enlightened on what is right and wrong in relation to the safety of their bodies.
Emotional and social aspects of sexuality mostly arise from socialisation, which is mostly dominated by the patriarchal system of gender relations which put women in a subordinate position. This has, over time, conflicted with the promotion of women’s rights and has led to the emancipation of women, thus causing them to challenge the status quo of sexual subordination.
Challenging the sexual status quo by women has been linked to increased GBV against them. However, even men have become victims of GBV due to the same. Comprehensive sexuality education can help to tackle the problem of divorces and passion killings, which have rocked the nation, by teaching young people about life and love through the promotion of healthy relationships.
The writer has not come across any research which has established that CSE promotes early sex debut amongst young people. Therefore, the importance for CSE cannot be overemphasised.
The Sustainable Development Goal (SDG) number 4 focuses on quality education. Quality education refers to an education system which imparts knowledge, skills, and attitudes to learners in line with societal needs. In other words, education ought to produce citizens who can function effectively in society.
Zambia’s Vision 2030 is aimed at making the country become a middle- income nation without leaving anyone behind. Education is one of the key factors in actualising this vision.
It is important that the Ministry of General Education and its cooperating partners embark on public sensitisation on the CSE curriculum through various media platforms in different Zambian languages to demystify it.

The author is a social development analyst/lecturer.