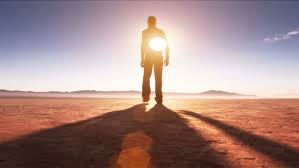 CHOMBA MUSIKA
Lusaka
A ZAMBIA Army staff sergeant who went missing in 2011 has been declared dead by the Lusaka High Court and a judge has ordered that a death certificate be issued after 14 days.
Following the declaration of Lloyd Lwengeshi’s death, his estate worth over K800,000 will now be compensated to his family.
The Zambia Army had asked the High Court to grant it leave to swear the death of Sergeant Lwengeshi, who went missing on November 11, 2011.
By law, a person who goes missing for seven years or more is deemed to have died.
Manpower and personnel administration officer Elias Zulu had asked the court to grant the Zambia Army leave
to swear the death for Sergeant Lwengeshi so that his estate could be compensated to the family.
In an application for leave to swear death, Lieutenant Colonel Zulu stated that Sergeant Lwengeshi was a bona
fide soldier who joined the Zambia Army on December 7, 1994.
Lt Col Zulu said Sergeant Lwengeshi was deployed to Kabwe but that while on vacation, the soldier went missing
on November 11, 2011.
He said from the time Sergeant Lwengeshi went missing, his spouse, children and parents have never heard from him.
Lt Col Zulu said efforts by the Zambia Army and the family to find the missing soldier proved futile.