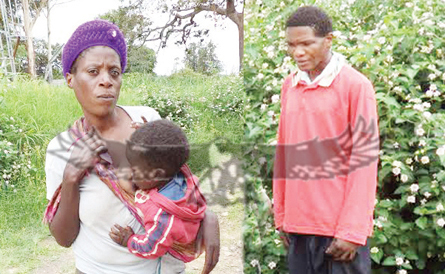 CHAMBO NGâ€™UNI, Kabwe
THE Serenje Magistrateâ€™s Court has discharged two siblings who were arrested in 2013 and taken to court for allegedly committing incest.
Mukuwa Nicholas Bulaya, 39, and his younger sister Bertha Mwenda Chipapuka, 36, were allegedly married and had five children.
Serenje resident magistrate Fedelis Ngosa, on January 13 this year, granted the State an application for Bulaya and Chipapuka to be discharged.
Mr Ngosa discharged the two under Section 88A of the Criminal Procedure Code, Chapter 88 of the Laws of Zambia.
Bulaya was facing one count of incest by males, contrary to Section 159(1) of the Penal Code Chapter 87 of the Laws of Zambia as read with Act number 15 of 2005.
On the other hand, Chipapuka who was appearing before magistrate Penston Chiluba, was facing one count of incest by females, contrary to the Laws of Zambia.
The siblings were arrested in December 2013 and were believed to have been married for 14 years.
They appeared in court for over 10 months last year for mention while the State was waiting for the Director of Public Prosecutions (DPP) to issue instructions on the case.