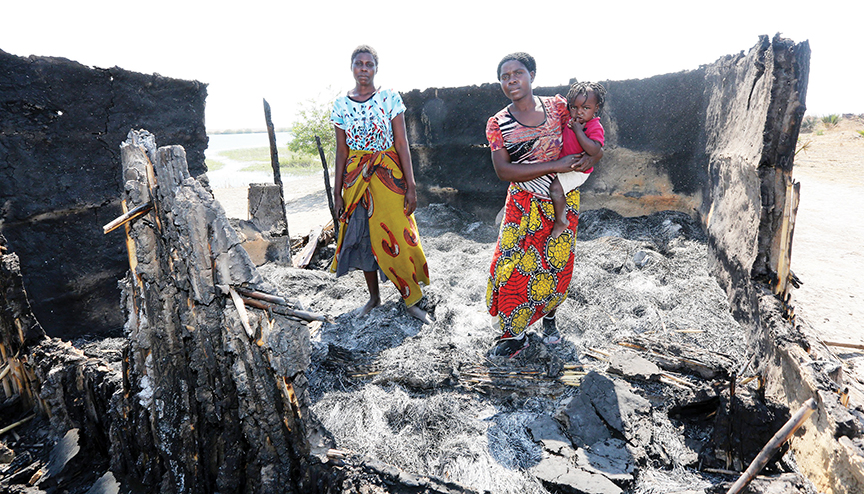 MWILA NTAMBI, Ndola
A NDOLA resident and his wife yesterday narrated that they were forced to flee from Namwala district in Southern Province after their grass-roofed house was burnt by suspected United Party for National Development (UPND) supporters just

after the August 11 general elections last year.
Making a submission to the commission of inquiry established to probe voting patterns and political violence, 57-year-old Leonard Kunda said he was a community school teacher in Busangu village before the violence erupted.
Mr Kunda narrated that suspected UPND supporters, including some of the people he used to work with, were telling him before the elections that he should vote for the opposition party and its president, Hakainde Hichilema, since he was living in their province.
“But I used to tell them that I was a free citizen and had the right to vote for a leader of my choice,” he said.
Mr Kunda said two days after the elections, a group of UPND cadres armed with machetes, sticks and other weapons charged towards his house.
He said when he and his wife saw the mob, they ran for their lives and hid near the bank of the crocodile-infested Kafue River.
Mr Kunda recalled that from a distance, he could see the mob setting his house ablaze.
He said the couple was rescued by paramilitary officers, who took them to Namwala Secondary School, where they found other victims of political violence.
He said the violence has destroyed his life because he lost all his property in the inferno and that he has not received any compensation.
His wife, Grace, narrated that she lost all her parents’ property in the fire.
Mrs Kunda said all those who were believed to have supported the Patriotic Front (PF) were targeted.
President Lungu appointed the commission to look into the violence and the voting patterns to find lasting solutions.
Over 100 people were displaced in Southern Province in the aftermath of the August 11, 2016 presidential and general elections.