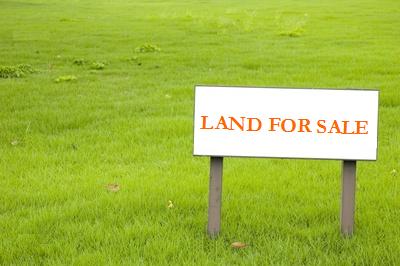 THE restoration of the land administration agency in three local authorities must have been received with lots of excitement and relief by the respective councils.We hope that this glee in Chongwe, Kabwe and Ndola councils is for the right reasons. These right reasons must be woven around ensuring that management of land is done for the collective good of the respective communities.
It is good, though, that there seems to be a realisation by the councils that poor management or arrogant abrogation of regulations in land matters will not be tolerated.
Chongwe, Kabwe and Ndola had the land administration agency terminated in June last year after being cited for disregarding guidelines and laid-down procedures.
For Kabwe and Ndola, the ban was getting to almost one year while Chongwe lost its status in January this year.
Land has become a very delicate and emotive matter in Zambia, and justifiably so. Land is the essence from social, economic and political freedom. So institutions and individuals charged with its administration ought to be very careful.
We therefore believe that the three local authorities have learnt their lessons and will administer land judiciously.
Local authorities are mere agents on behalf of the Ministry of Lands and their power is therefore limited as it is delegated authority.
Having land agency restored to the three local authorities is a confidence boost because it also retains their credibility.
It gives the three municipalities a rating as responsible entities and the general public will be comfortable to deal with them.
With Government devolving its functions to local authorities, there will be added responsibilities.
Apart from land administration, local authorities are now in charge of health and education, among other devolved functions.
If they are failing to administer land properly, can they be entrusted with the added responsibilities of overseeing other critical functions such as education and health?
The restoration of the land agency is therefore a litmus test on the capability of the local authorities to run their affairs with credibility.
They benefit from the revenues they get from land administration to boost their coffers.
The councils should not be swayed by councillors or senior council officials into being sidetracked into doing wrong things. Sometimes it is the misdeeds of a few influential members that paint the whole entity as inept or corrupt.
The upright councillors and other officials must uphold their integrity by saying no to breech of regulations and greed.
The greedy ones amass more land through multiple allocations to themselves so that they sell the extra parcels to line their pockets with money not earned correctly.
This disadvantages other potential developers.
At the rate Zambia is developing, local authorities should take advantage of momentum to leverage land under their custody.
Local authorities should start looking outside the box and begin to think national but act local to stimulate development in their districts.
For instance, municipal councils should aspire to become city councils while district councils should be working towards becoming municipalities. This calls for proper town and city planning, not haphazard developments.
We know councils have excellent planners but it looks like their expert advice sometimes falls on deaf ears, resulting in the messy construction of infrastructure.
With the world already a global village, local authorities have plenty of opportunities and exposure to learn from other districts regionally and worldwide.
For instance, Luapula Province held an expo last year with a view to linking investors to the region to unlock its economic potential.
Most local authorities are endowed with abundant natural resources and can hold their own expos to attract investors but for some reason they seem to lack the foresight expected on those entrusted with such authority.
It is our expectation too that other local authorities have learnt lessons from Chongwe, Kabwe and Ndola’s cases.
Zambia’s councils can do much better in management of land.