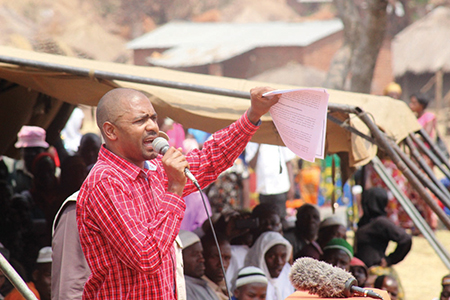 KELVIN CHONGO, Parliament
GOVERNMENT has raised councillorsâ€™ allowances from K700 to K3,000, Minister of Local Government VincentÂ  Mwale has announced.
Mr Mwale told Parliament in a ministerial statement yesterday that the adjustment will be effected after publication of a statutory instrument (SI).
He said the SI has been submitted to the Ministry of Justice for clearance.
â€œI urge all councillors across the country to remain calm and steadfast so that they are in a better position to discharge their responsibilities in their respective wards,â€ he said.
Mr Mwale said the decision will enable councillors to discharge their civic duties efficiently and effectively.
He also told the House that he was advised by the Attorney General that councillors are entitled to be paid fees and allowances approved by the minister in tandem with the Local Government Act until the Emoluments Commission is operationalised.
Mr Mwale, however, said the Emoluments Commission has not been operationalized.
He said the commission will be responsible for approving councillorsâ€™ emoluments once operationalised.
â€œCouncillors across the country contend that because they are elected by registered voters within districts as the case is for mayors and council chairpersons, they should be [on] full-time [basis] and get a salary,â€ said Mr Mwale.
He said councillors also contend that Articles 264 and 265 of the Constitution imply that elected councillors, like public officers such as judges, should be paid a salary and not an allowance.
And responding to questions by members of Parliament, Mr Mwale said the K3,000 is across the board.
And PF Roan MP Chishimba Kambwili wondered why councillors will be paid K3,000 when mayors are getting around K19,000.
Mr Mwale said councillors are part-time and allowed to be in full-time employment while mayors operate on full-time basis as civic leaders.
He said the Ministry of Finance will provide funding for the councillors accordingly.