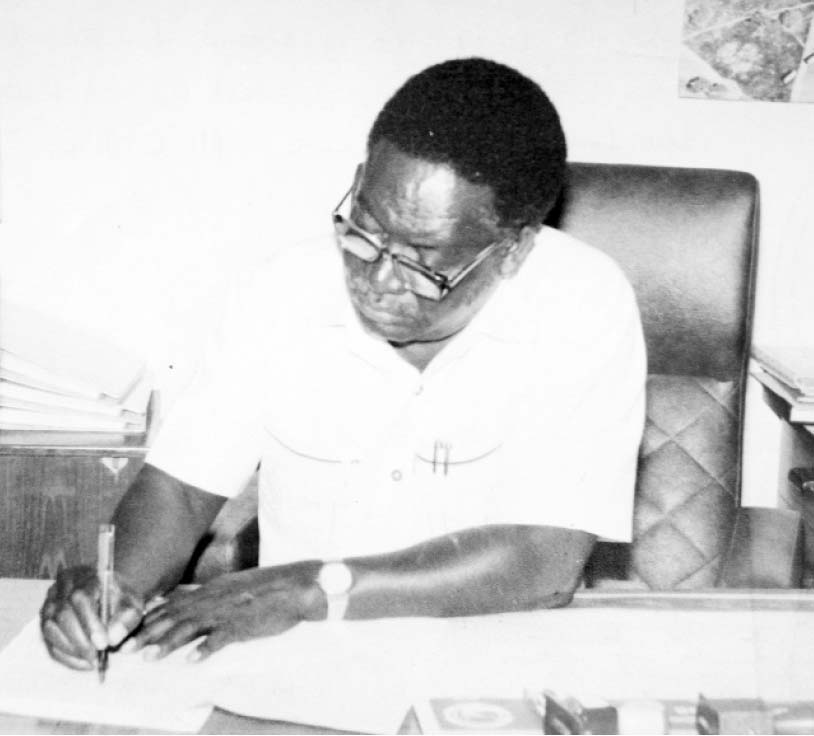 NEBERT MULENGA, Lusaka (Originally Published on Sptember 29, 2011)
NEWLY-ELECTED President Michael Chilufya Sata has come a long way through a memorable political career that has seen him traverse all party structures before clinching the countryâ€™s highest political job in Tuesdayâ€™s election.
Mr Sata won the September 20 presidential poll with a convincing 43 percent of the vote with seven constituencies to spare, beating his closest rival, Rupiah Banda of the immediate-past ruling Movement for Multi-party Democracy (MMD) who garnered 36 percent.
The presidential victory brought an end to Mr Sataâ€™s 10-year marathon as an opposition political heavyweight.
Tuesdayâ€™s electoral triumph came at the fourth attempt, after President Sata had lost in 2001, 2006 and 2008 to the MMD, a party he helped form up before resigning in 2001.
The victory now completes Mr Sataâ€™s cycle as Zambiaâ€™s only president to have risen through the ranks and hold literally every post in the countryâ€™s political system â€“ from ward councillor to president.
Born in 1937 in Mpika, President Sata once stayed in the UK, and worked for the British Rail before returning home to join the Northern Rhodesia Police Force and become â€œthe most senior African officer in the establishmentâ€, according to the ruling Patriotic Front (PF) website.
When the wind of political change began to blow in the 1950s and sweep across the continent, Mr Sata, who also served as a trade unionist, joined the liberation struggle that led to Zambiaâ€™s 1964 political independence from Britain.
President Sataâ€™s political career started rising to prominence after he became a local councillor and later served as governor of Lusaka in founding president Kenneth Kaundaâ€™s government.
At the dawn of multi-party politics in 1991, Mr Sata resigned from the United National Independence Party government to join the MMD, which defeated Dr Kaundaâ€™s UNIP in 1991 to remain in power until now.
In the Frederick Chiluba-led MMD administration, Mr Sata held various ministerial positions; Local Government and Housing, Labour and Social Security, and Health before becoming the Minister without portfolio, the then third highest post in government.
During the Chiluba rein, President Sata carved himself a niche as an action-oriented and hard-working politician, the two qualities that have continued to define his leadership style to date.
It was while serving as health minister that Mr Sata spearheaded the introduction of the current health reforms which have continued to facilitate peopleâ€™s better access to quality healthcare services in the country. Every health facility had linen curtains, the beds had proper beddings and health staff had decent uniforms across the country.
As Local Government minister, Mr Sata pushed the bid to construct several low-cost housing units including the Merzaf Flats in Lusakaâ€™s Chilenje township for government workers, and also bought staff buses for Lusaka city council workers for the first time.
President Sata left the MMD in 2001 to launch the PF after disagreeing with the late second president Chiluba over the adoption of late president Levy Mwanawasa as the party presidential candidate in the general election that year.
Since its formation, the PF has kept growing from strength to strength. While in 2001 the party only managed to win one parliamentary seat, with President Sata polling a paltry three percent of the presidential vote, the newly-elected party has today evolved into being arguably the countryâ€™s most popular political organisation, judging by the electionâ€™s outcome.
After losing the 2006 election to late Mwanawasa, Mr Sata concentrated on canvassing the rural vote in his lesser strong regions of Western, North-Western, Central, Southern and Eastern provinces.
It was on the back of his massive rural campaigns that he almost clinched the 2008 presidential by-election, losing only by a two percentage point to former president Banda, who conceded defeat in the 2011 ballot yesterday.
Mr Sataâ€™s main campaign issues in the recent election evolved around slashing income tax for the 500,000 government workers in Zambia, creating more jobs for the young people and providing better education for all citizens.
President Sata also pledged to revise labour laws to peg the minimum wage higher than the current K400,000 and shield local workers employed by foreign firms in Zambia â€œfrom exploitationâ€.
Other campaign issues included the decentralisation of power from the central government to the local authorities in each district, and the improvement of the maize marketing programme.
It is because of these campaign policies, with relevance to both the urban and rural citizen, that President Sata won the hearts of the countryâ€™s 5.2 million registered voters in the recent election to earn their much-needed support.
Prior to the September 20 election, few analysts and political commentators had given the PF any realistic chance of grabbing the presidential ballot, with a flurry of opinion polls in the past one month all tipping the MMD to continue in power.
But Mr Sata repeatedly refused to be swayed by the predictions of the pollsters, and at some point jokingly said such predictions could have been true if the elections were held on the days the views were sampled from members of the public.
In the end, President Sata who has often cited Senegalese president Abdoulaye Wade as his source of inspiration, proved all the pollsters wrong after sweeping through the urban vote in the capital Lusaka and the Copperbelt region with open-ended margins and also collecting enough rural votes to outstrip other presidential contenders.
Like his â€˜role modelâ€™ President Wade, who failed to clinch the presidency on three occasions and only got it right at the fourth attempt, President Sataâ€™s long walk to State House also ended at the fourth attempt.
He now becomes Zambiaâ€™s fifth republican president, and the first one since Dr Chilubaâ€™s 1991 watershed victory to enjoy the support of both the urban and rural voters.