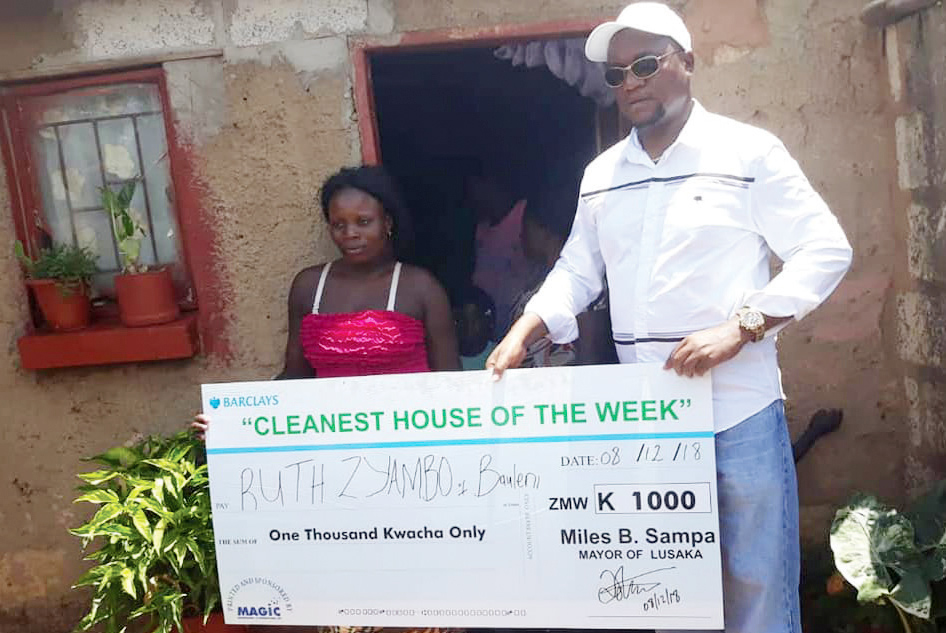 MIKE MUGALA, Lusaka
IT WAS Christmas come early for Ruth Zyambo, 24, a resident of Bauleni township, when Lusaka Mayor Miles Sampa visited her on December 8 to present her with a K 1,000 prize.
Ruth was awarded after her mother’s house was chosen in the ‘Cleanest House of the Week’ campaign.
In an effort to enhance the ‘Make Zambia clean, green and healthy’ campaign, the Lusaka City Council has launched the cleanest house of the week where residents of Lusaka are awarded for keeping their surroundings clean.
The Cleanest House of the Week campaign is aimed at enhancing the ‘Make Zambia, clean, green and healthy’ campaign.
In addition, the campaign also focuses on attracting households to take a leading role in cleaning their surroundings and the environment.
Ruth says she never expected that her mother’s house would be picked as the cleanest house of the week.
“I am happy that I have won a K 1,000 because of my cleanliness, cleaning my surroundings is like a tradition. I am motivated by the prize and will continue to keep my surroundings clean,” she said.
Ruth says it is important for people to keep their surroundings clean to avoid diseases.
She says people must take it upon themselves to clean their surroundings and promote high levels of hygiene.
Ruth says communities should actively participate in supplementing government’s effort of keeping Zambia clean through cleaning their homes and surroundings to curb cholera.
“We are in the rainy season and it is easy to get cholera if people do not keep their surroundings clean. People should also keep their toilets clean and drink clean water,” she says.
Another resident of Bauleni, Edina Nkole, says she has learnt the need to keep her surroundings clean after her friend Ruth was recognised by Mr Sampa.
She says she will always keep her surroundings clean with the hope of winning the money.
She is motivated and inspired by Ruth and hopes that the mayor will visit her house next time.
“I have learnt the importance of keeping the environment and our bodies clean, we can prevent diseases like cholera and dysentery by keeping our surroundings clean,” she says.
Edina has urged other people to take it as a challenge and begin to keep their surroundings clean to avoid diseases.
And the landlord, Amos Chifube, says it is encouraging to see one of his 10 tenants recognised by the mayor.
Amos says there is need for other tenants to start keeping their surroundings clean so that they will be awarded next time.
“It’s really encouraging to see people being awarded for keeping their surroundings clean, I want to call upon other tenants to begin to clean their homes so that next time they can get the prize,” he said.
Amos says the cleanest house of the week campaign should be expanded so that more people can contribute to keeping their communities clean so as to supplement the ‘Keep Zambia clean, green and healthy’ campaign.
In April, President Lungu re-launched campaign with a call on citizens to embrace the initiative.
The President urged citizens to remain committed to embracing, promoting and maintaining a clean, healthy and safe environment to foster development.
He said general cleanliness is a pre-requisite in averting diseases associated with unhygienic living.
“The general cleanliness of premises, residencies and community surroundings still remains a challenge which poses a risk to the health of the Zambian citizenry,” he said.
President Lungu said government introduced the green aspect as a way of preserving and sustaining the environment and the campaign has now been re-branded as “make Zambia clean, green and healthy campaign”.
The President urged individuals, households, institutions, church, civil society and the cooperate world to partner with government in promoting the make Zambia clean, green and health healthy campaign.
He insisted that the campaign will only succeed if all stakeholders joined hands with government in promoting clean living.
He also noted that the practice of poor waste disposal has further been made worse due to failure by some companies in the private sector to sensitise their customers on appropriate means of waste disposal particularly packaging materials. 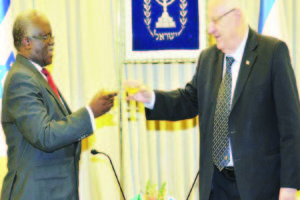 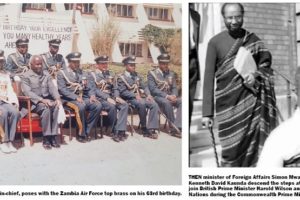 Inside the creative hub
Women vital in political mobilisation