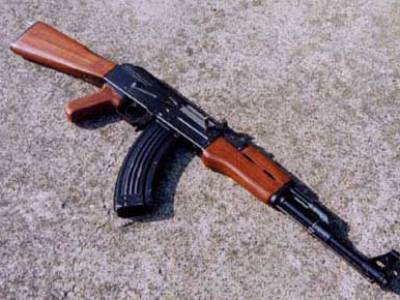 By NANCY SIAME
A 25-YEAR-OLD police officer of Chembe is nursing gunshot wounds at Mansa General Hospital after he allegedly shot himself twice in the left thigh at his fiancÃ©eâ€™s house.
Luapula Province commissioner of police Malcolm Mulenga said yesterday that the incident happened on Sunday around 19:00 hours.
Mr Mulenga identified the police officer as Constable Patrick Samatunga who allegedly shot himself with an AK47 rifle at Sosiwe Temboâ€™s house in Milishi village.
â€œHe was on duty and decided to go and have supper at his fiancÃ©â€™s house and found that she was not home and decided to wait for her by the veranda,â€ Mr Mulenga said.
He said the firearm accidentally discharged and Mr Samatunga sustained a fractured femur bone and some bullets hit the floor, causing damage to it and some window panes.
Mr Mulenga said Mr Samatunga was rushed to Chembe Rural Health Centre before he was referred to Mansa General Hospital.
He said one bullet has been removed and his condition is stable.
And one person has died on the spot while another is nursing serious injuries after they were knocked down by a vehicle on Sunday around 18:40 hours at Mwense roundabout.
Mr Mulenga said a Toyota Land cruiser, which was being driven by an unknown person, knocked down Miriam Chibuye, 16, of Shingwe village in Mwense.
She sustained a deep cut on the waist and is admitted to Mwense Health Centre.
Mr Mulenga said Bwalya Namugala, 32, also of the same village, sustained head injuries and died on the spot.
â€œThe driver of the vehicle is still on the run and police have instituted investigations into the matter,â€ Mr Mulenga said.