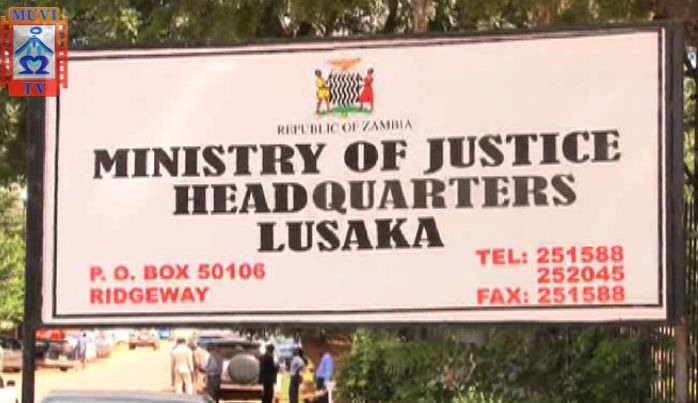 By KABANDA CHULU
NINE former members of the technical committee on drafting the constitution have sued Attorney-General Musa Mwenye over alleged defamatory remarks attributed to Vice-President Guy Scott and former Minister of Justice Wynter Kabimba that they allegedly leaked the final draft constitution and also wanted to change ownership of Government vehicles into their names.
This is in a case in which Julius Sakala, Ernest Mwansa, Patrick Mvunga, Roger Chongwe, Mwangala Zaloumis, Reuben Lifuka, Chief Luchembe, Ives Bantungwa and Susanne Matale have sued the Attorney-General.
This is according to a statement of claim filed in the Lusaka High Court on Wednesday.
The plaintiffs are aggrieved with Dr Scottâ€™s alleged remarks that attempts to force Government to bring a new constitution were not realistic.
The plaintiffs stated that Dr Scott further alleged the technical committee had leaked the draft constitution to the media and that criminal investigations had been instigated against them.
They claimed that Mr Kabimba said Government would have set a bad precedent if it had allowed members of the technical committee to buy the vehicles they were using.
They charged that Mr Kabimba reportedly said: â€œThe government has a duty to the Zambian people and we should not look at public offices as ATMs, it is a service to the Zambian people.â€
They argued that Dr Scott and Mr Kabimbaâ€™s conduct and action have caused damage and loss to them and the court should avail them general, exemplary and aggravated damages for defamation of character, libel and slander occasioned by malicious statements made.
They also want an injunction to restrain Dr Scott and Mr Kabimba and or their servants or agents from continuing to issue alleged defamatory statements against them.
They are also demanding a written apology, interest and costs on the damages suffered and such other relief as the court may deem fit.