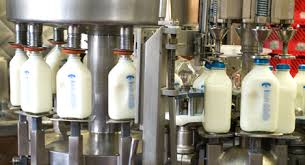 NOMSA NKANA, Lusaka
SOLAR pasteurisation is among interventions that should be explored to improve the safety of milk produced by smallholder farmers in Western Province, a new study has revealed.
Solar pasteurisation, which is a device in the shape of a box with a glass cover and a reflecting interior and folding lid, has been suggested as a possible option to be explored, in light of unreliable electricity supply, low levels of technical support and low volumes of milk handled at the dairy co-operatives.
The International Journal of Environmental Research and Public Health says solar pasteurisation and quality-based pricing of milk are among interventions whose feasibility should be explored towards improving the safety of milk produced by smallholders in the province.
The study was carried out to assess the microbiological quality of fresh milk from cows along smallholder dairy value chains in the province with focus on milk sold through dairy co-operatives near Mongu, the main town in the province.
â€œMilk samples were collected from 86 cows from nine herds and from the container of pooled milk from the herd. Samples were also collected from two dairy co-operatives [Limulunga and Mongu] to which the pooled milk was delivered. Additional serial samples were collected at the co-operatives and refrigerated to simulate the recommended storage conditions after purchase or at the co-operatives,â€ according to a study.