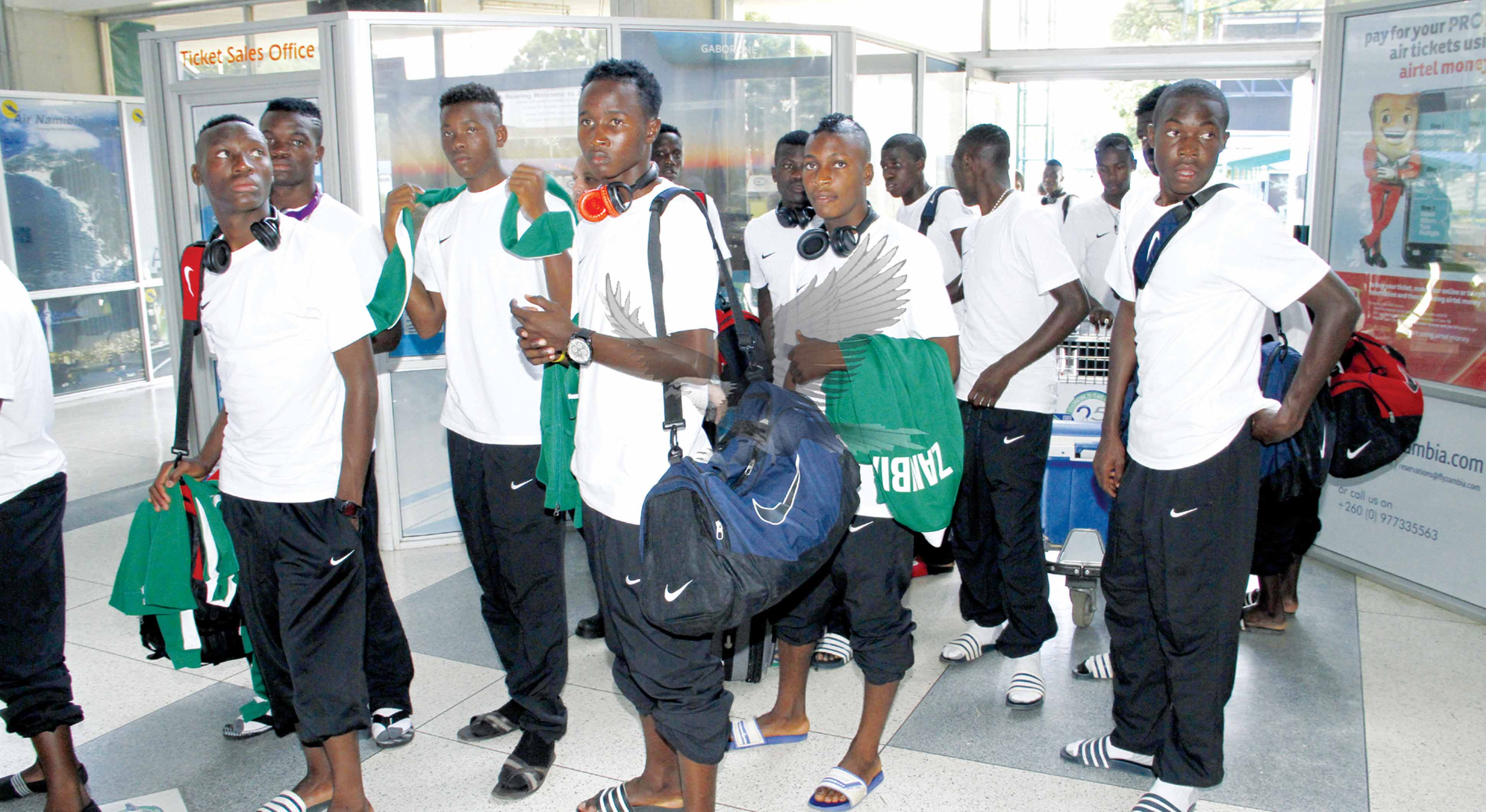 ROBINSON KUNDA & VICTOR KUMWENDA, Lusaka
THE under-17 national team yesterday left for Niger to compete in the Africa Junior Championship with players upbeat of bringing the trophy home.
And newly-appointed Minister of Youth and Sport Vincent Mwale says Government expects the junior Chipolopolo to excel in Niger.
Team captain Patson Daka said the team is determined to win the trophy and compensate for the Chipolopoloâ€™s failure to perform well at the just-ended Africa Cup of Nations in Equatorial Guinea.
â€œOur task is simple. Itâ€™s to win the trophy and bring joy to the nation. The senior team did not do well at the Africa Cup and we canâ€™t lose two trophies,â€ the Nchanga Rangers forward said.
The junior Chipolopolo are in Group A with Guinea, Nigeria and hosts Niger while Group B has Cameroon, Mali, South Africa and defending champions Ivory Coast.
The semi-finalists will qualify for the World Junior Championship set for Chile in October this year.
Defender Salati Lungu said all the players are looking forward to the tournament.
Another defender, Victor Chungu, said the players are not scared of any opponent.
And under-17 coach Chris Kaunda said the team is ready to deliver.
Delegation leader Lee Kawanu is confident the team will win the tournament.
â€œThis team has been together for a long time. They went to Italy and played Brazil, Italy and USA, so I do not even doubt that we are going to win,â€ Kawanu said.
And a Lusaka-based firm Ciltax yesterday donated 28 pairs of sports shoes worth K20,000 to the under-17 national team.
Ciltax chief executive officer Kingsley Chanda said his organisation is confident the junior Chipolopolo will do the nation proud in Niger.
Meanwhile, Mwale is confident the junior Chipolopolo have what it takes to conquer Africa.
â€œThere will be no excuse because they have been training together for some time. Our junior teams are doing well. We are banking on them for the 2018 World Cup and Qatar 2022 because they are the future of our game,â€ Mwale said.