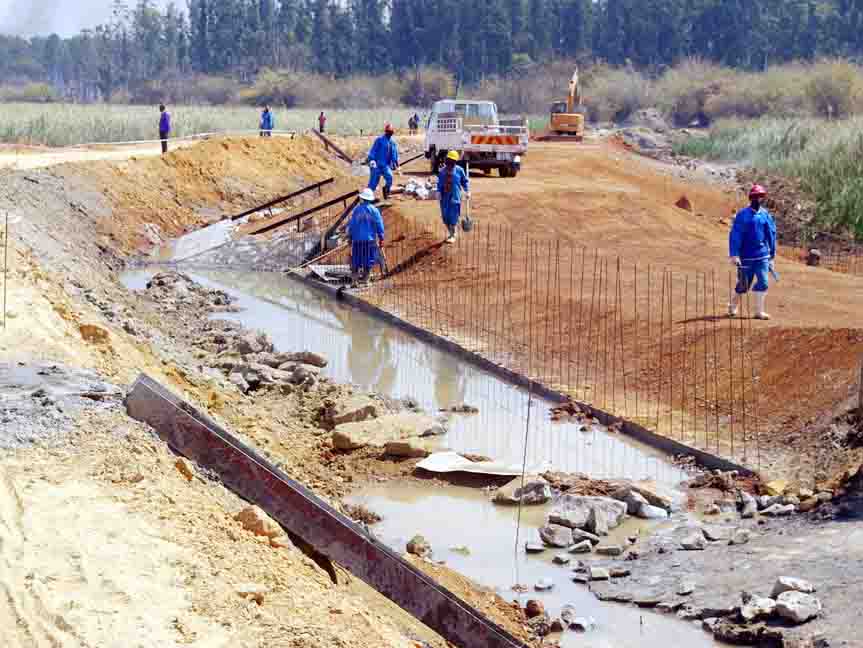 MINISTER of Housing and infrastructure Development Ronald Chitotela has asked reputable corporations globally to bid for Zambian government contracts to promote competition among contractors.
This is certainly the way to go if the country is to get the best services for the massive ongoing infrastructure development programme.
From the time Patriotic Front government came into power in 2011, it has put a premium on infrastructure development, knowing that it is one of the prerequisites to development.
Since then the government has been busy building schools, health facilities and roads, among other infrastructure, across the country. The whole country has basically been turned into a construction site.
While Government is spending colossal sums of money on these projects, it has in some cases not been able to get the best value for tax payers’ money on some of the projects.
This is mainly due to the fact that our selection area for contractors has been limited.
Mr Chitotela noted, and rightly so, that international large-scale contractors only seem to be interested in bidding for contracts that are funded by their host countries.
This has left the country vulnerable to shoddy contractors who have only managed to reap where they did not sow.
The shoddy works on some of the projects procured at high costs vividly tell the story.
Time and again, President Edgar Lungu and other government officials have warned contractors both local and foreign against doing substandard jobs.
It is, however, commendable that Government is now looking at broadening its contractors’ source base as a way of promoting competition.
Certainly, competition is important if the country is to get value for every Kwacha that is spent on construction.
President Lungu has emphasised the need for competition in a healthy economy to get value for money.
It is an established fact that competition is an essential element in the efficient working of markets.
For instance, competition brings important benefits to the consumer by encouraging enterprise, innovation, efficiency and a widened choice.
This enables consumers to buy quality goods and services at the best possible price.
As a consumer of construction services, our country will only get quality services at low prices when there is stiff competition among contractors.
“President Lungu is keen to see quality work delivered by reputable corporations that also respect the policy that 20 percent of the works should be given to Zambian contractors,” Mr Chitotela, who met ASP Global Corporation officials in New Delhi said.
ASP Global Corporation has expressed interest in setting up business in Zambia.
The coming of ASP Global Corporations would no doubt promote competition and subsequently better services.
As a country, we now need to work at mechanisms that will bring large and reputable corporations from across the globe on board.
By doing so, shoddy contractors with no capacity to provide value for money will be automatically eliminated.
This will also compel those awarded contracts to put in their best knowing that they can easily lose the opportunity to equally capable competitors.
We now need to ensure that bids for construction are well and widely advertised to attract as many large international contractors as possible.
Diplomats dotted across the globe will do well to push this agenda. They are better placed to encourage large corporations in the countries they are serving to bid for Zambian government contracts. Of course, this should be done within the confines of their diplomatic guidelines.
It cannot be business as usual; we certainly need to raise the bar for construction works as this is the only way we will get value for taxpayers’ money and subsequently change the face of our country.
It is also our hope that Government technocrats charged with the responsibility of monitoring and certifying projects will do so diligently to ensure quality.