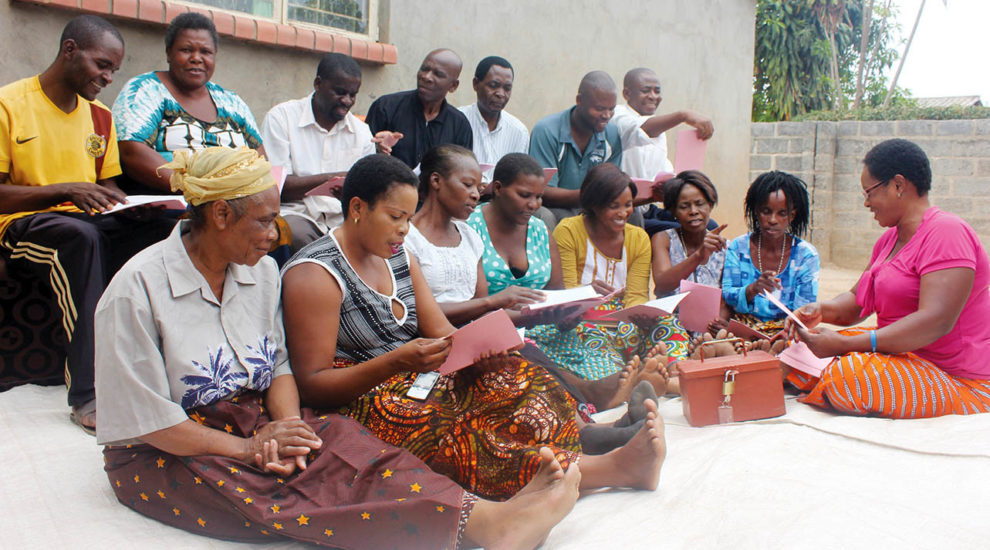 NKOMBO KACHEMBA, Kitwe
IT IS said that saving is all about discipline and commitment because money is never enough.

But indications are that people of different income levels – low salaried workers, peasants, marketeers, small and medium entrepreneurs as well as the middle class have one common problem- failure to save.
Oftentimes people consume all their earnings and leave nothing in their accounts for future use.
As for low -income earners such as hawkers and marketeers, many of them are actually unbanked either because they want to avoid bank charges or they feel they earn too little to save. Some of the unbanked people keep their money in secretive and unsecure places in their homes.
With this financial imprudence comes the temptation of over-spending, therefore leaving oneself vulnerable should a financial emergency crop up.
It is for this reason that Afya Muzuri is running a community-based saving scheme in Kitwe to encourage housewives, low- income earners and small entrepreneurs to save money for their children’s education.
The whole idea behind the Afya Muzuri programme called Grow Group Initiative is to strengthen community support for children’s education.
The programme is funded by Cecily’s Fund, a United Kingdom charity. Cecily’s Fund was founded in memory of Cecily Eastwood, a British volunteer who died in a road traffic accident in Kitwe in 1997.
After finishing high school, Cecily, aged 19, decided to spend her gap year before entering Cambridge University, working as a volunteer in Zambia.
Her death in Kitwe prompted her UK-based parents, Basil and Alison Eastwood, to set up the fund, which has so far sponsored about 20,000 orphans and vulnerable children (OVC) in Zambia.
About £5million has so far been spent by the fund in 20 years.
Cecily’s Fund is run by a dedicated team of professional staff who frequently visit Zambia to check on the projects they are sponsoring in Lusaka and Copperbelt provinces.
One of these, is Steven Barlow, a programme manager who was in Zambia recently.
Mr Barlow explained that the community savings groups in Kitwe have empowered parents who otherwise would not be able to pay school fees for children on time.
The savings scheme started with the fund training parents and guardians in seven of Kitwe’s townships namely Twatasha, Chamboli, Kwacha, Wusakile, Ipusukilo, Buntungwa and Chimwemwe.
Seventy ward committee members were trained in orphan support in these townships.
About 293 parents and guardians were trained and supported to form savings groups.
The workshops focused on financial literacy, safe parent-child communication and how to set up savings groups.
This culminated into the formation of 12 savings groups which started with no money but now each group has between K6000 to K15,000 savings in the coffers.
Mr Barlow said the members of these savings groups are now running small businesses and able to pay school fees and also provide food for their families.
Some OVCs who were trained have also engaged in some income generating activities.
I took a visit to Chamboli township to meet some members of the savings groups, otherwise known as Grow Groups. There are over 20 members in each group. Their “bank” is a metal box, equipped with a padlock. Each member is required to deposit K10 per week.
After 52 weeks of banking, members can borrow from the group account with interest.
Members of the savings groups get capital from their savings, profits are ploughed back into the group fund.
Tresfold Mwela, a member of the Chamboli Grow Group says the project has taught him to save from his small businesses.
“We have been taught how to save money at community level, at no cost. We have also been taught how to maintain the books of accounts,” he said.
Mr Mwela’s Grow Group was established in 2015 and after 52 weeks, they saved K35,000. The money was loaned to group members as capital for different business proposals.
So, how do the group members resist the temptation of dipping fingers into the metal box?
Firstly, the metal box is locked.
Secondly, three people keep the keys to the box.
“The people that keep the box do not keep the keys to avoid the temptation of opening it and getting the money,” Mr Mwela said.
Albert Matanda Kaputula, who obtained a K2,000 loan from the Chamboli Grow Group, urges other communities in Kitwe to form similar community-based savings groups to live better and dignified lives.
“Saving is important and here in Chamboli, our Grow Group is even giving out loans to the members. I obtained a K2,000 loan, which I have to repay with a 20 percent interest,” Mr Kaputula said.
And Mavness Nsako says she is able to support her family after obtaining a K2,000 loan to start a popcorn business.
“I make K80 per day from the popcorn business and I am able to take my children to school and feed my family. Thanks to Cecily’s Fund,” Ms Nsako said in an interview.
Judith Musukwa says Cecily’s Fund has helped to free many families in Kitwe from the shackles of poverty.
“These people have opened our brains. We now know how to save our earnings and we are doing well in our businesses,” Ms Musukwa said.
Mr Barlow said Cecily’s Fund will continue to support community-based savings groups to empower vulnerable households to earn some income.