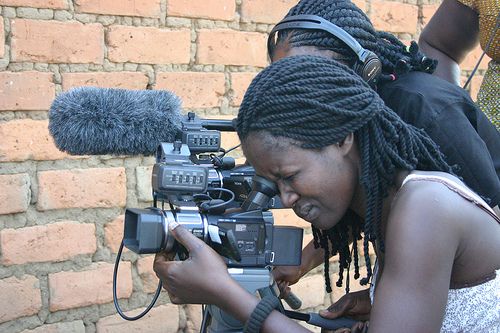 KELVIN KACHINGWE, Johannesburg
AMID deep concerns, if not frustrations, over the dominance of South African and Nigerian productions on DStv, particularly Channel O and MTV Base, Southern African journalists who were attending a Media Content Experience here sought answers from the pan-African television company.
M-Net director for Local Entertainment Channels Nkateko Mabaso told the journalists that commercial viability is what determines what is aired on their channels.
â€œWeâ€™re a business, and whatever decision we make, they have to be in the interests of our business. That is why we do research to see whether a particular production will be commercially viable in a certain market or not,â€ he said at the M-Net offices in Randburg.
It is an answer that was not convincing for the journalists.
In the early days of Multi-Choice Africa, it was widely believed that the reason why South Africa and Nigeria had more content than the rest of the countries in which DStv operated was because of the poor standards of their products.
But despite major improvements in the quality of productions in most African countries, and the visibly poor quality productions by Nollywood, they still struggle to get airtime ona most DStv channels.
Other than programmes like Kabanana and M-Net Stand-Up Zambia which showed briefly, and artistes like Marsha Moyo, CRI$I$ and Zone Fam and the MTN FAZ super league which have had the fortune of being aired, there is little else about Zambia on DStv.
But with the M-Net director for Local Entertainment Channels putting it clearly that it is commercial viability that dictates what is shown, it was suggested to him that countries with small populations stand little chance of having their content on DStv.
â€œMy country, with a population of about two million is then not commercially viable. That is how I interpret it,â€ a journalist from Botswana observed.
It was even suggested to Mabaso that the only reason why Nigeria gets to win, say Big Brother Africa, is because of their commercial viability by virtue of its huge population.
But he said no; arguing that the voting results of Big Brother Africa are audited by Deloitte and TouchÃ©.