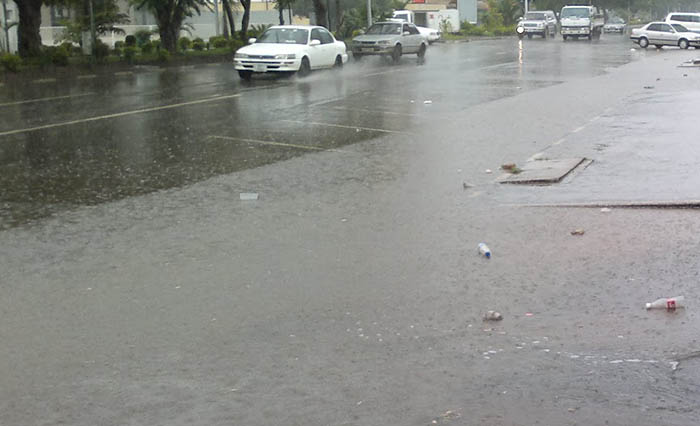 TORN APART with BOYD PHIRI
RAIN â€“ yes, it is that time again when you wish you lived in the lap of luxury to avoid the challenges of venturing out in wet weather to look for money to buy food.
However, they say, â€œwalila mvula walila matope,â€ meaning, â€œHe who cries for the rain, should never complain about the mudâ€.
With this kind of weather, things can get to a standstill. Compared to other seasons, it is only the rain period that can comparatively disrupt human movement unlike the sun, wind, cold or even snow.
When it rains cats and dogs you are forced to stay home and quietly get pissed or sleep.
If you are a bachelor and stone broke, this is the moment when you find time to sweep the whole bedroom in the hope of finding a penny under your bed.
If you are working class, you wonder if you should brave the rains and get to your office or stay home to endure the incessant demands for money from your missus for this and that.
The entire household would be expecting you to come up with a solution to the hunger situation despite the heavy rains outside. Woe to a family that has no money and it is pouring outside worsening the depressive mood in the house.
Occasionally, a hungry child would cry and desperately open an almost empty fridge praying there could be a morsel of food. A nagging wife would slam a door and retire to the bedroom sulking. You would then pray for the rains to stop so that you could saunter out for a chance to pounce on someone who owes you money.
If it is during week days maybe you could be lucky to find your way to the office and shriek with relief of not facing up to the challenges at home all day long.
When it rains in torrents and you have no money at home, you start wishing you had a canoe to get round flash floods in the hood to look for help of the most basic of commodities like salt.
Unfortunately, everyone in the neighbourhood would be thinking of borrowing a canoe from you to go and beg for food in the neighbourhood.
I am talking about Lusaka where many areas are flood-prone. I curse the town planners of the city who never cared about the rains and lack of naval movement alternatives when it rains heavily.
If you think I am being melodramatic, you should ask a poor man in Lusakaâ€™s Kuku or Misisi townships who has experienced floods in the past.
One fellow from Kuku told me that last year during a heavy down pour at night, he spent the best part of the night holding a baby and a small bag of mealie meal because the shack he lived in leaked like a basket.
Talking about survival instincts, a Bemba dictum says, â€œSebana bwikute,â€ meaning, â€œembarrass yourself if you want to eatâ€.
The principle is that you should throw conscience to the wind if you want to eke out a living.
This reminds me of another local adage among people who drink great quantities of beer in bars, which says, â€œChinja timu ngati ufuna ukoleweâ€.
The Nyanja adage means, â€œswitch teams if you want to drink someone under the table.â€ To put it in simple terms, it means to be able to drink more alcohol than someone else.
It is a practice some people who drink have mastered to try their luck at consuming copious amounts of beer at the expense of others.
In difficult times people devise many ways to survive, and this rainy season you expect many people to up their survival instincts.
Of course survival instincts have to come into play. Even the poorest of the poor can afford to share the little they have in bad weather. Thanks to the scripture that says, â€œBlessed is the hand that giveth than the one that takethâ€.
Apparently, this kind of gesture gives us reason to hope for better things tomorrow.
Sometimes when it is raining and you live in downtrodden areas, you postpone the idea of peeing in a pit latrine outside fearing it would give way sending you to the depth of the ditch full of human excreta.
The rains are hated by politicians because it can disrupt a well thought out campaign or rally. It is only thieves who love it when it rains since it gives them an opportunity to steal without being detected. A thief with a claw hammer would break a glass pane in tune with thunder when the owner is soundly asleep enjoying the drop of the rain.
When I was a child we used to sing a rain song in ci-Bemba â€˜we mfula isa isa/twangale na mainsaâ€™, meaning, â€œCome rain, come/let us play in the rainâ€. But I donâ€™t think everyone would agree that rain season is time to play.
bjboydphiri@yahoo.com