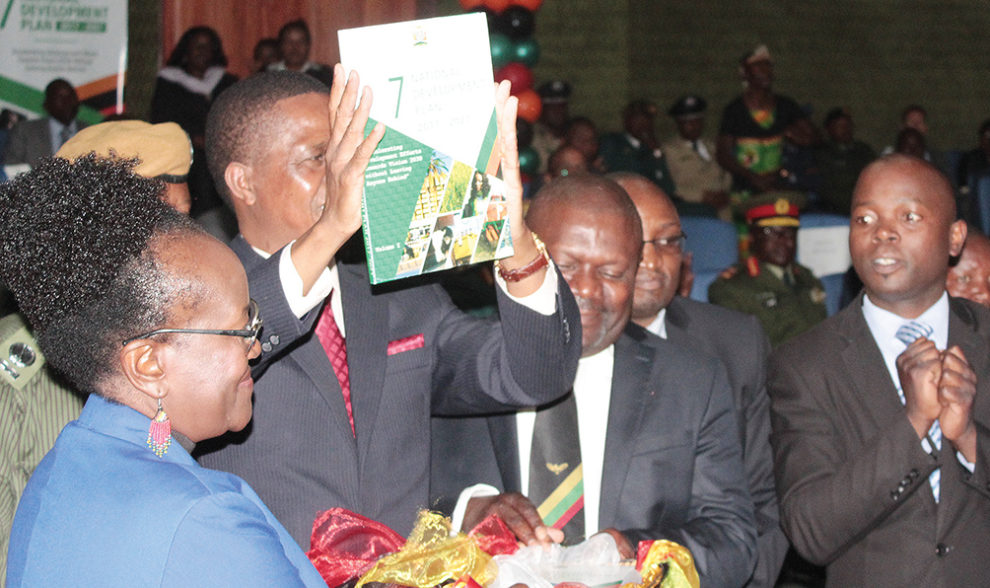 NATIONAL development is and must be a collective effort to which all citizens, together with their elected leaders, constructively contribute.

Regardless of one’s political, religious and social status, the responsibility to develop a country lies squarely on the shoulders of all citizens.
While it is everyone’s responsibility to work towards development, Government is the major driver of the process.
In driving the process, Government shoulders the responsibility of formulating policies and devising strategies to help stimulate development in line with its vision.
It is gratifying that Government on June 21, 2017 launched the Seventh National Development Plan (7NDP) in its continued efforts to drive the development process.
Given the importance of calculated strategies in the attainment of development, the launch of the 7NDP is a critical step towards the attainment of Zambia’s Vision 2030, in which we aspire to become a prosperous middle-income nation.
We are particularly happy that Government has now gone a step further to flag off the dissemination of the 7NDP to all stakeholders at national, provincial, district and ward levels.
Yesterday, Minister of Development Planning Lucky Mulusa flagged off the dissemination of the 7NDP.
This is certainly in tandem with the 7NDP’s theme of accelerating development efforts towards the Vision 2030 without leaving anyone behind.
As a country which has over 60 percent of its population living below the poverty datum line, we cannot afford to leave anyone behind.
We need every citizen’s contribution if we are to make significant strides towards the Vision 2030.
History and experience have shown that development is always a product of collective efforts of all stakeholders.
While Government is the major driver of development, we do not know of any country in the world which has developed without the full involvement and hard work of its citizens and other stakeholders.
The step taken by Government to disseminate the 7NDP to all stakeholders at all levels is indeed the way to go if we want to see inclusive wealth creation and subsequently development.
If citizens and all other stakeholders are to come on board and contribute to national development, understanding of the 7NDP is important.
This is a living document which spells out the country’s development target and steps to be taken to achieve it.
Every citizen, therefore, needs to understand and own the plan to be able to make significant contribution.
For instance, the 7NDP targets inclusive wealth for all through the creation of a diversified and resilient economy, which is vital for sustained higher growth and socio-economic development.
It is commendable that Government is working to identify the country’s economic potential, competitiveness and comparative advantages in the various regions starting with Lusaka as a case study.
This way, various stakeholders can be directed towards investing in these high potential areas, thereby contributing to the achievement of the 7NDP target.
It is also inspiring that Government has pledged commitment to continue devising stronger co-ordination mechanisms among implementing parties.
As rightly noted by the minister, if stakeholders are fragmented in approach and lack appreciation for the 7NDP and its tenets, then success becomes only an illusion.
We agree with the minister that there is need to foster a broad sense of ownership to support the plan’s implementation at national, provincial, district and sub-district levels.
And sensitisation of all stakeholders on the 7NDP is a step in the right direction.
It is our hope that citizens will seize this opportunity to understand the 7NDP and how they can contribute to national development.