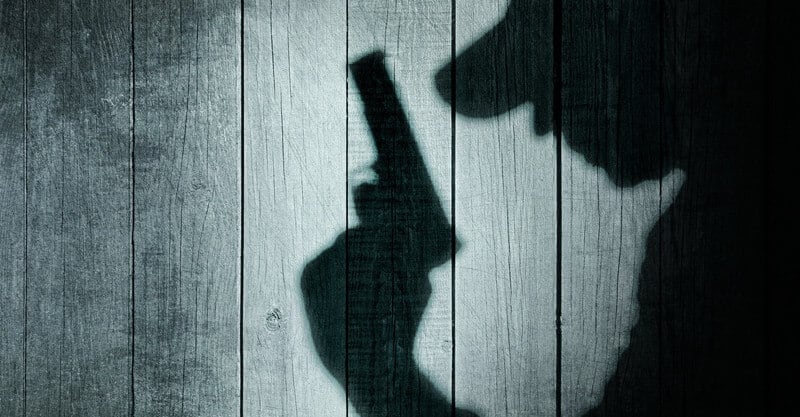 A MAN in Ibex Meanwood in Lusaka has shot himself dead after allegedly shooting his wife on suspicions of an extramarital affair.
This makes very sad reading and brings to the fore the depressing reality of a gun culture and gender-based violence that has entrenched itself in Zambia’s society over the years.
The number of private individuals in possession of firearms has increased over the years.
In 2017 the estimated number of guns – both licit and illicit – held by civilians in Zambia was 158,000.
While it is acknowledged that civilians are allowed to possess firearms as provided for in the law for reasons such as security and licensed game hunting, it is regrettable that some people are abusing these weapons by taking human life.
Today we have so many suicides and murders committed through the barrel of the gun.
The suicide case in Ibex is just one of the many cases recorded by the police.
Needless to say, the police keep recording so many crimes of passion where a spouse pulls the trigger on their lover due to marital disputes.
Some individuals who feel they cannot handle life’s challenges turn guns on themselves ending their lives in an instant.
Worse still, we have men in uniform who are entrusted with firearms doing the unimaginable by pulling the trigger against themselves.
In other instances there have been trigger-happy men in uniform shooting their loved ones or ordinary citizens.
Recently there has been a rise of political violence where firearms have been used to injure and end life.
The recent emergence of young gangs has also been entrenched through access to weapons such as guns.
In the western part of Zambia a group called Kalavinas is known for illegally executing its victims who are accused of witchcraft through the bullet.
Time and again we hear of armed robbers exchanging fire with the Zambia Police Service officers.
Guns are all over.
While others are legally entitled to own firearms, there are also many people who are in possession of these weapons illegally.
While others just inherit and fail to register in accordance with the Firearms Act, others acquire them illegally with ill intentions of committing crimes.
What is even more worrying is the recent expose where some shops were selling guns disguised as toys.
Such practices have certainly increased accessibility to these weapons to the detriment of society.
Given such a scenario, it is time Government, through the police, extends or rekindles the firearm amnesty to clean up society of these weapons.
Under firearm amnesty arrangement, civilians in possession of guns are invited to surrender them to Government without any persecution, prosecution or repercussions.
Alternatively, Government buys these weapons from private individuals in a bid to reduce the numbers in society.
In view of the suicides and murders, there is also need for families, organisations, schools, churches and society as a whole to be concerned about the psychological state of individuals they closely relate with.
For instance, families should be concerned about any estranged behaviour by any family member and help them seek medical help before it is too late.
We do not believe that someone can just wake up and commit suicide or take another person’s life. It could be as a result of some emotional build-up or psychological pressure over time.
This is what should be thwarted to prevent such tragic occurrences.
Organisations should also take keen interest in the well-being of their employees to prevent them from slipping into psychological conditions which subsequently lead to suicide or murder.
Organisations can work with psychiatric experts to provide counsel and remedy against stress and mental unwellness.
It is also saddening that more women have continued being injured and dying at the hands of their spouses. It is time women valued life more than marriage.
It is sad that women have continued dying in marriages for fear of divorcing and being considered a failure by society.
What is even more saddening is that even during this period of 16 Days of Activism Against Gender-based Violence when sensitisation is supposed to be at its peak, the vice is still rearing its ugly head.
This is a clear indication that activists against gender-based violence need to shift camp from the boardrooms and seminars to the communities where this vice takes place.
It is evident that there is more sensitisation that still needs to be done if lives are to be saved.
Zambians just have to come together and make this country a better place to live in.

Believe in ECZ capacity to deliver

Zambia must act now on power