FOR many years the Auditor General’s office has been churning out annual reports citing rampant misappropriation and misapplication of public funds in government institutions.
Despite the Auditor General’s consistence and commitment in bringing to the fore these financial abuses in public institutions, the exercise was as good as academic because no punitive action was taken against erring officials.
This raised concern among various stakeholders who have been calling for prosecution of erring officials.
President Edgar Lungu came out strongly and stated categorically that he wanted the culprits cited in the Auditor General’s report punished.
The Vice-President, Inonge Wina, and other stakeholders have added their voices to the call.
It is therefore assuring to see that these calls did not fall on deaf ears.
That three employees of the Judiciary have been fired for failing to account for over K330,000 instils confidence in the fight against corruption and mismanagement of funds.
The three employees are said to have failed to account for K331,752 in court fees and fines.
According to Chief Administrator of the Judiciary, Nalishebo Imataa, the dismissed officers are from Kitwe Subordinate Court and Chisamba Magistrate’s Court.
In the Kitwe case, the Judicial Service Commission dismissed the employee for failing to account for K257,859.
At Chisamba Magistrate’s Court, one was dismissed for failing to account for K62,234 and another for failing to explain the whereabouts of K11,659.
“Financial regulations stipulate that collectors of revenue must bring to account daily the whole amount of their collections. The findings of the Auditor General that K331,752 was unaccounted for are correct. The funds were neither banked nor the cash found at hand,” Ms Nalishebo said.
It is good that besides firing these officials, the matter has also been reported to police for possible prosecution. There are certainly no two ways about it. The Judiciary has done its part administratively, and since the case borders on criminality, it has to be surrendered to the police for prosecution.
It is commendable that government institutions are proactive in dealing with cases of mismanagement of public funds.
The fight against abuse of public funds as cited in the Auditor General’s report starts with government institutions identifying the culprits and disciplining them administratively and then surrendering them to law enforcement agencies for further prosecution.
It is reassuring that Government has resorted to a clampdown on the abuse of taxpayers’ money and the list of casualties is steadily growing.
Not too long ago, Government, through the Civil Service Commission, dismissed 12 accountants and one operations officer for alleged involvement in various irregularities involving public funds.
The dismissed officers are mainly in the ministries of General Education, Commerce, Trade and Industry, Foreign Affairs and the provincial administration in Lusaka.
The continued clampdown of culprits of financial abuse is no doubt sending a strong message to offenders and would-be offenders.
It is a wake-up call to all those that have been abusing public funds that enough is enough.
It cannot be business as usual when public resources are being plundered while millions of Zambians crave for improved public services.
It is sad that a country which is still striving for development, let alone reduce high poverty levels, can be losing huge sums of money to greedy individuals.
Some disgruntled individuals have been diverting funds meant to provide services for the public into their own pockets.
This partially explains why the country, despite gaining independence 54 years ago, is still struggling with high poverty levels. Instead of using the already limited resources to improve the living standards of Zambians, greedy individuals are diverting the money for their personal use.
The clampdown on these culprits should be supported by all progressive Zambians.
As a country, we cannot afford to continue haemorrhaging the limited resources meant for service delivery and development. 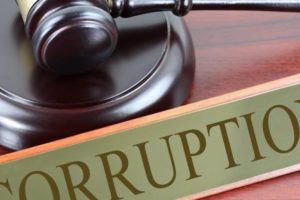 Relevance of expos must show
We can’t afford idle money