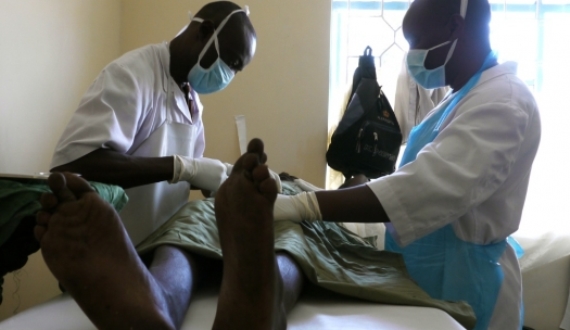 From CHALI MULENGA in Livingstone
SEX workers in Mazabuka district of Southern Province are allegedly avoiding attending to men that are circumcised as they â€˜take too longâ€™ during sexual encounters and that this is bad for their business.
Studies have shown that men who are circumcised prolong sexual encounters than those that are not.
MARCH Zambia, a non-governmental organisation dealing with HIV/AIDS programmes, saidÂ  the sex workers complain of losing out on business when they encounterÂ  men who are circumcisedÂ  than those that are not as it is â€˜short timeâ€™ on the latter.
Executive director Mwendalubi Maumbi disclosed this on Sunday during a training workshop for journalists in Southern Province.
â€œSex workers are worried about men that are circumcised as it is not beneficial to their business as they take long hence they lose out on time,â€ she said.
And the Livingstone health office disclosed that 766 men aged between 15 and 49 underwent circumcision in the district last month.
Acting HIV/AIDS coordinator, Habben Kolala said the men were circumcised under the Voluntary Medical Male Circumcision (VMMC) programme.
In his presentation, Mr Kolala said male circumcision is beneficial to both gender as it reduces the risk of contracting HIV/AIDS and prevents the transmission of the Human Papillomavirus (HPV) that causes cancer in women, among others.
Mr Kolala, however, cautioned men against being â€˜carelessâ€™ once circumcised.
â€œDonâ€™t go on rampage sleeping around once you undergo circumcision, as it only helps to protect you from sexual transmittedÂ  infections up to 60 percent, studiesÂ  have shown,â€ he said.
Mr Kolala, further cautioned men against being circumcised under the traditional method.
He said there are a number of risks associated with circumcision under the traditional method than the VMMC programme.
Mr Kolala advised men to complement VMMC by using other methods of protection as such as the use of condoms.