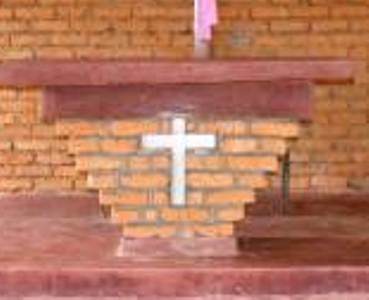 DEXTER NJUKA
I HAVE noticed that the clause in the preamble that declares Zambia as a â€˜Christian nationâ€™ has been retained even in the final draft constitution.
The declaration, however, calls for deliberate action if it is to be realised, otherwise it will just end up as mere rhetoric.
Personally, I didnâ€™t subscribe to it during the submission to the constitution commission for reasons cited by some orthodox and protestant churches that I have no intentions to repeat here.
But church history has a lesson on such declarations.
I throw a challenge to the clergy, especially in the charismatic fraternity, to not just sing about Zambia being a Christian nation but also go an extra mile in actualising it.
The challenge I put up is that it will be interesting to see how the propagators of the Christian Nation clause will push this cause so that its influence permeates even our school syllabuses.
It remains confusing for a child to face, and painstaking for a parent to explain, the contradiction of the origin of species from Science and the Christianity points of view.
As much as Christianity has come under attack the past years from atheists, it cannot be denied that Charles Darwinâ€™s theory of evolution has also come under fire not only from the Christian frontiers but also from secularists.
I would like to hear more from Christians on this issue. That piece of theory weaved in the school syllabus stating that life as a matter of space, time and chance evolved from a snail, progressing into a reptile, ape and then to a full human begs serious debate.
As innocent as this may sound, it should be causing sleepless nights to both the clergy and the flock.
In one instance you say Zambia is a Christian nation and on the other hand you have a theory in the national school syllabus that does outdo Christian theory of origins.
The evolution theory is a direct attack on Godâ€™s authority and true character as the Creator and Sustainer of the universe.
Both theories of origins; the biblical creation and Darwinâ€™s evolution are matters of faith.
Neither can be proven in a science laboratory. Neither should be forced on the learner as a fact.
So in all fairness, the propagators of Zambia as a Christian nation should help matters.
There should be deliberate measures to lobby our law-makers and educationists to either completely tear off the pages of evolution or accord biblical creation theory the same space so that the learner is left to choose which theory to subscribe to.
This issue cannot be brought to a rest merely by the assumption that the teacher is expected to pass a comment to counter evolution.
It should be shown in black and white that besides, there is a Christian teaching on origins and the history textbooks that exclude this theory should be banished from usage in our schools.
From my own point of view, a learner would definitely end up choosing the Christian teaching that teaches that life is not a mere accident, that life has a purpose and that it doesnâ€™t mean that in order for one species to survive it has to strive on the back of a weaker species.
Isnâ€™t Darwinism at play when we see citizens drink and puff their lungs out? The ever escalating numbers of defilement, abuse, mugging and violent acts are a call to the Church to consolidate the declaration by calling for perennial prayers and evangelism so that the citizens can live responsible lives as ordained by God.
The author is a chaplain at Mupapa Adventist School of the Seventh-day Adventist Church on the Copperbelt and a journalism & communication student at Rusangu University. dexternjuka@yahoo.co.uk