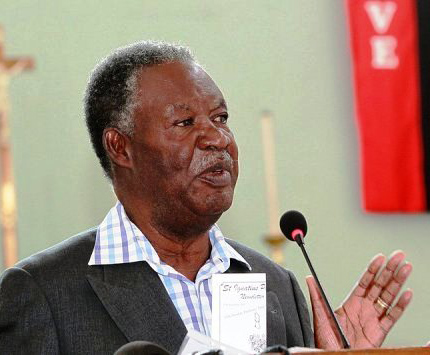 CHOMBA MUSIKA, Choma
PATRIOTIC Front (PF) members in Choma on Saturday evening marched through the central business district and held a candlelight ceremony in honour of President Sata.
The members accompanied by congregants from various churches and religions marched from Choma Museum and Crafts Centre while singing solemn hymns led by St Maryâ€™s Parish and PF womenâ€™s choirs.
And speaking on arrival at PF district offices, party district secretary Peter Kampamba said the candlelight walk is in honour of President Sataâ€™s visionary leadership.
â€œAnd this place (offices) will be used as a house of mourning where party members and the public are free to come and mourn our President and also sign in the book of condolences which has been placed here,â€ Mr Kampamba said.
PF Southern Province political secretary Leonard Siachona commended members for organising the event.
â€œI also commend the various churches for the solidarity, let us pray to God for guidance and mourn peacefully, no politicking during this period because Mr Sata was President for all Zambians,â€ Mr Siachona said.
He also urged citizens to pray for the First Family.
PF district chairman Felix Chilufya said the party will miss Mr Sata because of his commitment to promoting peace and unity.
Meanwhile, the Widows and Orphans Association in Choma says it will remember President Sata as a leader who was passionate about the welfare of the vulnerable in society, especially widows and orphans.
Association coordinator Julia Mukando, 60,Â  said President Sata was a unique leader who interacted well with vulnerable people and gave them hope for a better future.
â€œWe are grieving the death of the President, the news of his death is saddening to us. President Sata used to interact well with vulnerable people.Â  The way he used to speak passionately about the poor, you could tell that he had very good future plans for them,â€ she said.