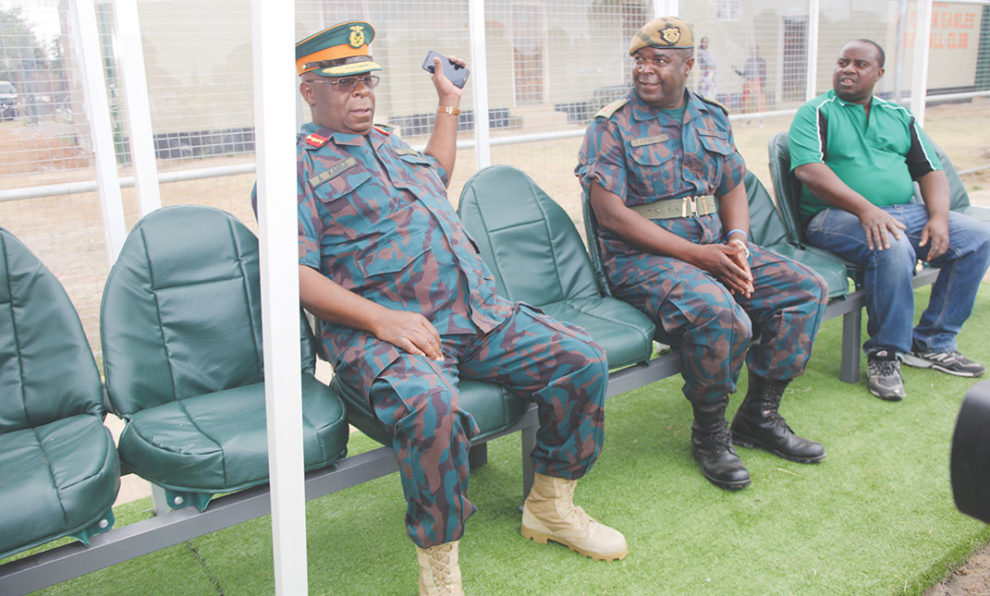 BENEDICT TEMBO and ALEX NJOVU, Choma
PROSPECTS of Green Eagles using Choma’s Independence Stadium for their maiden Confederation Cup appearance are bright as the upgrading of the facility to meet Confederation of African Football (CAF) standards are progressing well.
The works are 95 percent complete.
And Eagles have registered 23 players who include seven new ones, among them strikers Edward Mwamba from Nkwazi and George Chaloba from National Assembly, for the Confederation Cup.
Zambia National Service (ZNS) deputy commandant Alick Kamiji is impressed with the work done so far.http://epaper.daily-mail.co.zm/