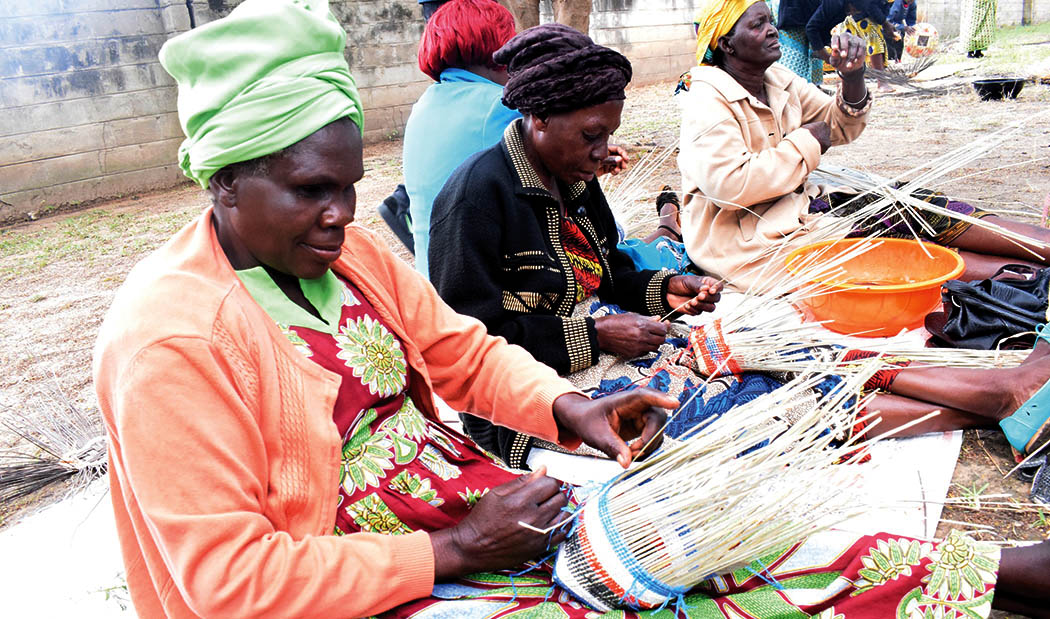 JIMMY CHIBUYE, Choma
AN EMPOWERED woman has the ability to empower humanity and it is for this reason that the Choma Museum and Crafts Centre conducted a course to impart life skills in 58 women from Southern Province’s remotest areas.The course participants were selected from a number of craft groups in the districts such as Pemba, Sinazongwe, Mazabuka, Choma, Gwembe and Zimba.
These are women who already possess a knowledge in crafts and the museum is only sharpening their skills in an effort to improve their indigenous knowledge and production skills in handicrafts.
An Indian designer and handicraft specialist, Palash Singh, was engaged to train the women, who are, in turn, expected to impart their newly acquired knowledge to other women.
Among the beneficiaries of the specialised handicraft training in new designs and skills was fifty-six-year old Esther Kalwishi of Kafue.
“I have learnt new methods since I came here. I had no idea you can make different designs of handicrafts because most of us are used to making ordinary baskets,” Mrs Kalwishi says.
Mrs Kalwishi says she sells her baskets at K15 for a smaller size but the price is set to change, thanks to the new skills she has since acquired.
She is optimistic of making better quality baskets because she is now armed with better skills after being taught by a specialised designer from a country where handicrafts are seen as holding potential fo economic growth.
Out of a global income of USD400 billion, India’s share is below 2%.
After undergoing the training, Mrs Kalwishi knows that she can make different products, apart from baskets.
The handicraft sector, if well exploited, has potential to generate employment and improve the income earnings for rural households.
Mrs Kalwishi is optimistic the training will positively contribute to her household income.
“I am positive after the training I will be able to support my grandchildren, at least to provide them with three meals a day and send them to better schools,” she says.
Another beneficiary is 20-year-old Obey Hamanenga.
Obey, a school leaver, has been making baskets since his primary school days, thanks to his grandmother Margret Siansaka.
Obey says his grandmother took him along to the training so that he can sharpen his skills in basket making.
“It has been odd to be seen around old women. My peers laugh at me. But through handicrafts, I am able to make money for my day-to-day needs” he says.
He advises fellow youths to consider taking up this activity because it is a business which should not be left only to the old women.
Mr Singh, the training coordinator, says Zambia’s handicrafts have potential to contribute to employment creation and economic development but needs serious support by stakeholders.
He says Zambia’s handicrafts are of high quality and can “fetch a fortune”, contribute to economic development and employment creation if well marketed.
“Zambian handicraft products are good and marketable but one wonders why they are not internationally exposed or not found at international exhibitions. There is need for the Zambian Government to align crafts to international markets,” says Mr Singh.
Choma Museum director Bevine Sangulube says the women are being trained in new craft designs and it is hoped they will share the information with others.
It is hoped, according to Dr Sangulube, that the training help improve the livelihoods of the women and their communities.
Chief Chikanta of Kalomo is a strong advocate of women empowerment and notes that the crafts industry is Zambia has received low attention because people prefer white collar jobs.
“We need to change our mind-set and realise that not only white collar jobs or mining, agriculture but even handicrafts sector can contribute to the development of this country,” he said.
The tradition leader further notes a lack of connection and exposure of Zambian products to the international market.
Government has pledged to continue supporting programmes aimed at improving the well-being of women in society.
Ministry of Tourism and Arts permanent secretary Howard Sikwela is happy that the partnership between National Museums Board and Private Enterprise Programme Zambia (PEPZ) on handicrafts is bearing fruits.
Dr Sikwela says acquisition of new skills and designs will lead to production of high quality crafts capable of competing favourably on both local and international markets.
He says such activities will ultimately lead to increase in turnover of sales and increased income at household level.
“Increased income will contribute to the alleviation of poverty that has engulfed our communities especially in rural areas where people predominantly depend on seasonal and rain fed crops,” Dr Sikwela says.
If well harnessed, the handicrafts sector holds potential to provide jobs to a number of youths and provide them with a livelihood.

Our lives determine our childrenâ€™s future