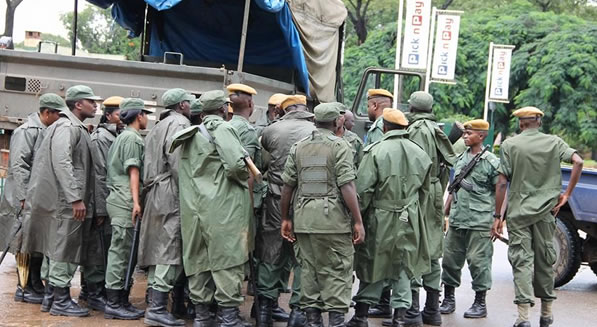 CHOMBA MUSIKA, Choma
FARMERS in Choma and Kalomo in Southern Province have implored Government to consider deploying more police officers to the two districts to curb rampant stock thefts.
Chairperson of the farmers association of the two districts Jorgensen Nyman said rampant thefts of cattle in the two areas is hampering farmers efforts to develop the livestock sector.
Mr Nyman disclosed this during the associationâ€™s annual general meeting.
He said Government should also consider deploying more police officers at the anti-livestock theft squad.
â€œFarming is our passion but we have been constantly struggling with cattle thefts. It is rampant in these districts and is hampering our quest to become better farmers.
Currently, there are only two police officers providing security in these vast districts hence our appeal is that more officers be designated to the anti-stock theft unit to increase security,â€ he said.
And Mr Nyman said the association is greatly concerned with the poor recovery rate of loans from beneficiaries of the Lima scheme.
Lima is a credit scheme aimed assisting farmers access farming inputs at affordable prices.
â€œThe recovery of loans under Lima scheme is very poor as most farmers think they are untraceable. I think I will not endorse my signature on the 2015 Lima scheme until at least 90 percent of farmers who had accessed loans previously, especially in 2013 pay back,â€ he said.
Choma district commissioner Bernadette Hamweemba has assured the association that Government remains committed to addressing challenges.
Ms Hamweemba is optimistic the police command in the area will respond positively.