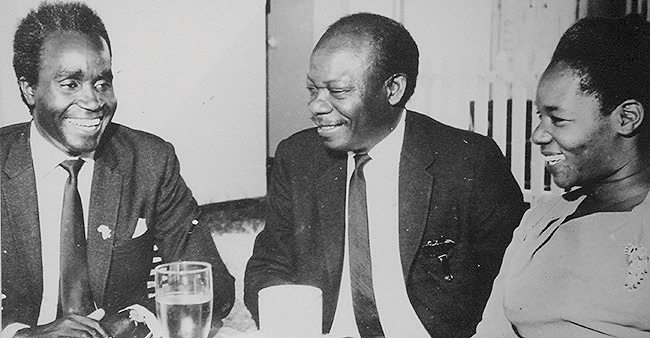 CHIMWEMWE MWALE and NDANGWA MWITTAH, Livingstone
“IT IS here at Choma, in June 1973, that we agreed to work together, as brothers and sisters from various backgrounds, to build more harmony, unity, peace, development and stability. Because of the Choma Declaration, a lot was over the years achieved,” said former Republican President Kenneth Kaunda, back in September 2014.
Dr Kaunda, a signatory to the Choma Declaration, said these words in a statement read for him by then Minister of Chiefs and Traditional Affairs Nkandu Luo at the Choma Museum Exhibition Gallery during the 42nd anniversary of the Choma Declaration.
What is the Choma Declaration, perhaps you could be wondering?
It is the genesis of the peace and unity Zambia is currently enjoying with 72 ethnic groupings spread across the country.
Despite such a mass of ethnicity, Zambia, a landlocked country, remains a haven of peace in Southern Africa and arguably the continent while some nations with a lesser number of tribes are battling with political instabilities.
Besides the realisation of Zambia’s independence on October 24, 1964, championed by Dr Kaunda, many facets add colour to this peaceable ambience.
According to Dr Kaunda, shortly after independence, there was tension and fighting because Zambians belonged to various political parties, a situation which made him comprehend the need to bring to a halt such violence and division.
Mr Nkumbula, whose party then the African National Congress (ANC) was the only other party in the country, agreed to work together with Dr Kaunda’s United National Independent Party (UNIP).
After that, Mr Nkumbula then proposed that since Choma was the major political centre of ANC, they should, after the whole agreement was reached, go and sign the agreement in that town.
It was signed on June 27, 1973, at Choma Secondary School. That is why it is known as the Choma Declaration.
To that effect, there is a historical anthill site in Shampande township known as ‘Kaunda Square ‘which gave birth to a One-Party State after Mr Nkumbula accepted to merge with UNIP.
Many people including the National Heritage Conservation Commission (NHCC) have actually been calling on the Zambia Tourism Agency (ZTA) to consider adding the site in their marketing programmes.
Anyhow, the day of the signing of the Choma Declaration was simply fantastic! People gathered expectantly and joyfully as the hour was an extremely important one for Zambia. One that was going to strengthen Zambia.
When it was signed, the two leaders embraced, prompting loud cheers and clapping from the crowd that had gathered to witness the milestone that was going to last for eternity.
“It was a great moment. We had started off as a multiparty system at independence. The new government system following the Choma Declaration became the ‘One Party Participatory Democracy’. The purpose was to bring all the people of Zambia together. The people of Zambia had made a decision for the great benefit of Zambia,” said Dr Kaunda in one of his published diaries.
The new system ushered in the Second Republic where both UNIP and ANC members of Parliament shared some ministries.
Mr Nkumbula may not have taken any position but many people from his party, ANC were taken into public roles and institutions. There was a lot of cooperation between those who had come from ANC and UNIP. And all over the country, people were working together.
Had Dr Kaunda and Mr Nkumbula opted not to sign the Choma Declaration, one is bound to speculate what could have become of Zambia, considering the multiple tribes and political parties at the time.
The one-party system through the then UNIP regime was an essential historical recollection in the political history of Zambia because it became a channel in the endorsement of peace and unity in the country.
During that period, Choma, now the provincial capital of Southern Province, was the major political centre of ANC, which was led by the late Mr Nkumbula.
“We wanted to move away from this division and violence that arose amongst the people of Zambia’s political parties. We were one yet sometimes, because of belonging to different sides, we had been fighting among ourselves. Some were wounded from that fighting and violence,” Dr Kaunda said.
The Choma Declaration, he said, was not something that leaders of political parties in the UNIP Government and the opposition made for their selfish interest or benefit.
He explained that the development was actually welcomed and supported by people from various backgrounds and its immediate fruits included the stop to political violence.
He said the Choma Declaration was among major foundations of peace and unity which has deeply contributed to Zambia’s prevailing peaceful atmosphere being enjoyed today.
Dr Kaunda and Mr Nkumbula’s agreement to the Choma Declaration has significantly contributed to the stability that many people in Africa and the world at large, say was found if not ‘made in Zambia’.
It enabled the UNIP administration and the opposition ANC to work together as one people instead of being parties with harsh conflicts.
The Choma Declaration made a greater contribution to Zambia’s stability because her unity meant that it was not going to be easy for external forces such as neighbouring racist regimes in the region to destabilise her.
When article four of the Constitution was repealed to make Zambia a third Republic and go back to the multiparty system in December 1990, Zambians were still united and stable owing to the fruits of the Choma Declaration.
For this reason, political players should desist from politics of violence in recognition of the valuable role played by the Choma Declaration in Zambia’s political history.