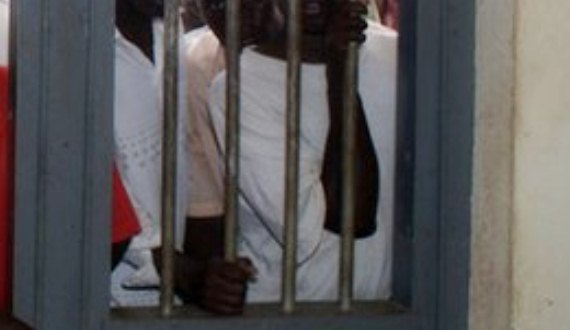 CHOMBA MUSIKA, Choma
THERE was drama at the Choma Magistrateâ€™s Court last Tuesday when a 34-year-old carpenter convicted of assault screamed for help barely two minutes after being led to a holding cell, where suspects beat him up.
The incident happened shortly after magistrate Mbololwa Mukela slapped a nine-month jail sentence on Oscar Sikaaba for assaulting James Mudenda.
Sikaaba caused a stir and disturbed court proceedings when he screamed for help from the holding cell, which is attached to the courtroom.
â€œNafa ine!Bazani paya ine! [I am dying, they are going to kill me],â€ Sikaaba screamed in Nyanja.
This prompted Ms Mukela to instruct police officers to immediately investigate the fracas.
â€œOfficers, can you bring that person who is causing confusion in there,â€ Ms Mukela said
Police officers rushed into the holding cell and, shortly after, emerged with Sikaaba in the company of a suspect alleged to have assaulted him.
Blood oozed from a cut on top of Sikaabaâ€™s left eye.
When asked by Ms Mukela who had assaulted him, Sikaaba pointed at a suspect in the holding cell.
â€œYou, within a few seconds and you did this [assault], officers can you investigate this matter and charge the person who did this, and they will get used.
â€œI wonâ€™t tolerate this nonsense of suspects doing foolish things instead of repenting, let this man [Sikaaba] sit here [courtroom]while you investigate the matter,â€ Ms Mukela said.
Earlier, Ms Mukela told Sikaaba that she would send him to prison to deter would-be offenders who believe that beating others is a solution to resolving problems.

Scott, Chama case to be settled out of court

2 in court for presidential slur