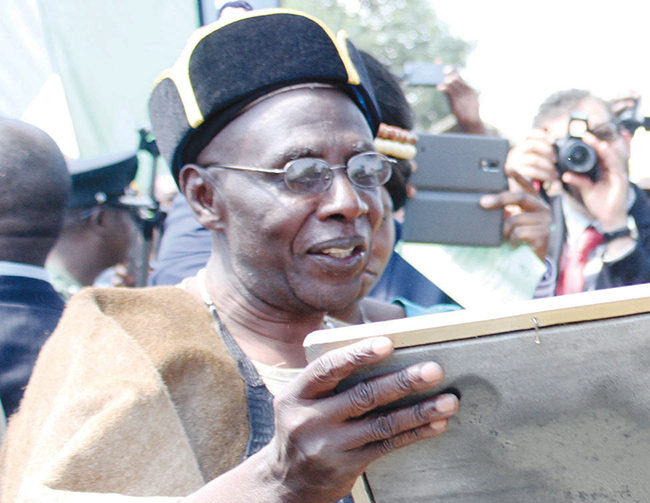 HENRY SINYANGWE, Mungwi
PARAMOUNT Chief Chitimukulu Kanyanta Manga II has cautioned chiefs against making political statements that may bring his name into disrepute.
And the Bemba Royal Establishment (BRE) has dethroned the current Chief Mumpolokoso and replaced him with his elder brother Mumbi.
During the Ilamfya Bemba Council meeting held at Chitimukuluâ€™s palace here yesterday, the Bemba chiefs resolved that there should only be one person to speak on behalf of the royal establishment.
â€œPolitics may divide us, so we should be very careful in making statements because the buck stops on the Mwinelubemba,â€ Chitimukulu said.
The traditional leaders also resolved that all chiefs making statements to the media should do so in their personal capacity.
Chief Chimba, who heads the Bashilubemba, said he has nothing to do with the current Chief Mumpolokoso and that according to the new constitution; the establishment has the authority to appoint its chiefs.
He said that the BRE will never go back on its decisions.
And the BRE said it does not recognise Chief Chimbuka whose name is Crimson Mwila and Chief Chewe born as Chileshe Yulaya as they were just appointed by the government without following their family tree.
Meanwhile, the Mwinelubemba says he will be making more trips to source funds from overseas for projects in Bembaland.
â€œWe need to identify more land to venture into biofuel production. As the Bembas we need to bring development to our area and find other sources of money,â€ he said.
He urged the council to come up with good project proposals that are viable and beneficial to the communities.
â€œThe poverty levels are very high in the Bembaland and we are bearing more children because people do not have anything to do.
â€œI will travel a lot to try and find investors so that we raise the living standards of our people,â€ he said.
The Chitimukulu also said the royal establishment will build the Ulubemba Academy that will admit the best pupils from across the Bembaland so as to raise the education standards in the area.
â€We will build the Ulubemba Academy that will admit our girls and boys that have the best results from across the Bemba chiefdoms so as to improve the leadership qualities among our young people,â€ he said.
The Mwinelubemba has since called for unity in the area to ensure that all that has been planned is achieved.
â€œWe need stability in our chiefdoms because there are a lot of forces that are bringing division in the Bembaland,â€ he said.
The meeting was attended by Bemba chiefs from Muchinga and Northern Province.