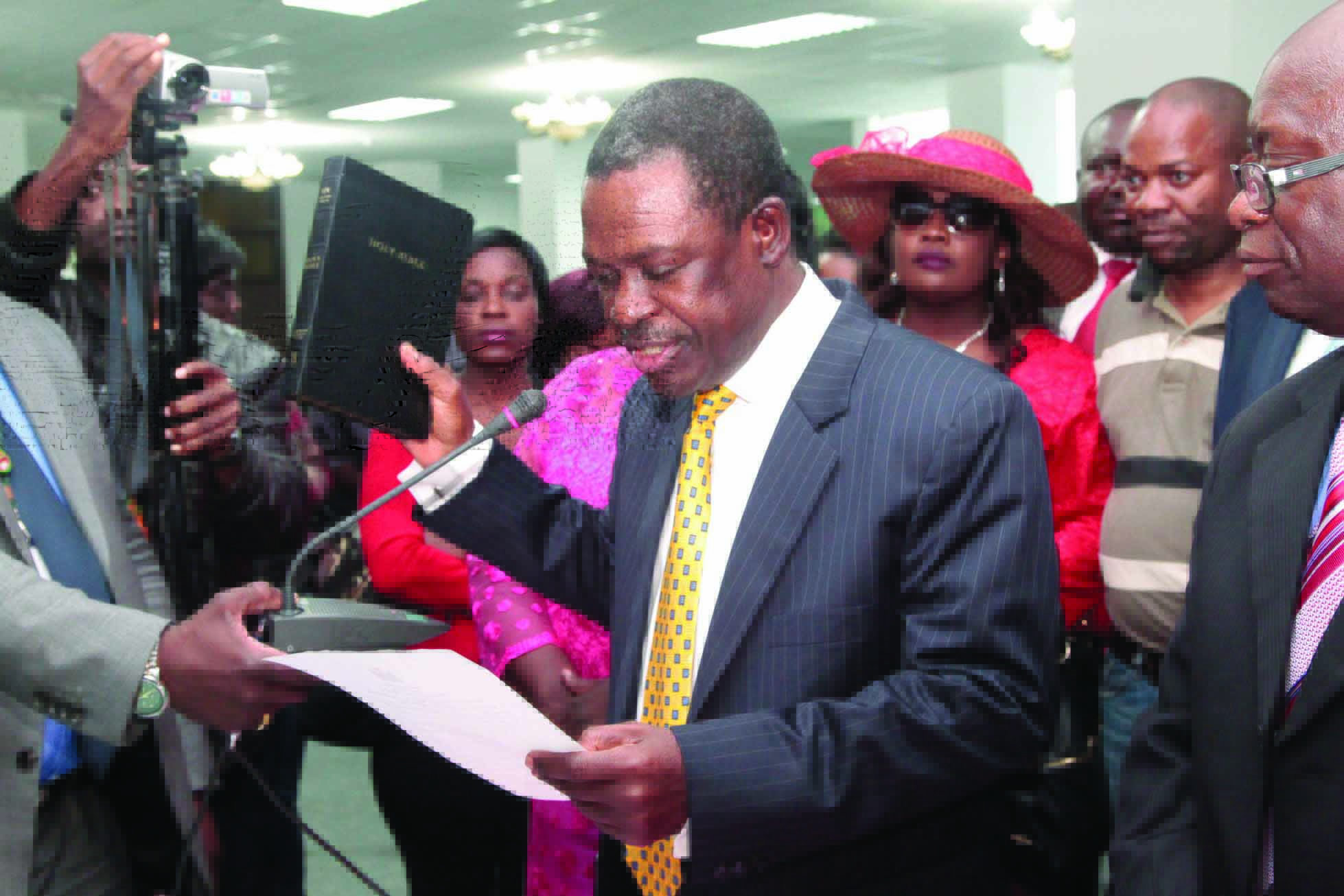 JACK ZIMBA, Lusaka
RAINBOW Party presidential candidate Wynter Kabimba has said his party is not desperate to get into power but to serve the Zambian people.
Speaking shortly after he filed his nomination papers together with his running mate Dr Cosmas Musumali at Mulungushi International Conference Centre yesterday, Mr Kabimda said his party is cultivating a new culture in politics.
â€œI hope the Zambians are able to see and make a clear distinction between the rest of the political parties and the new culture and environment that the Rainbow Party is cultivating today,â€ he said.http://epaper.daily-mail.co.zm