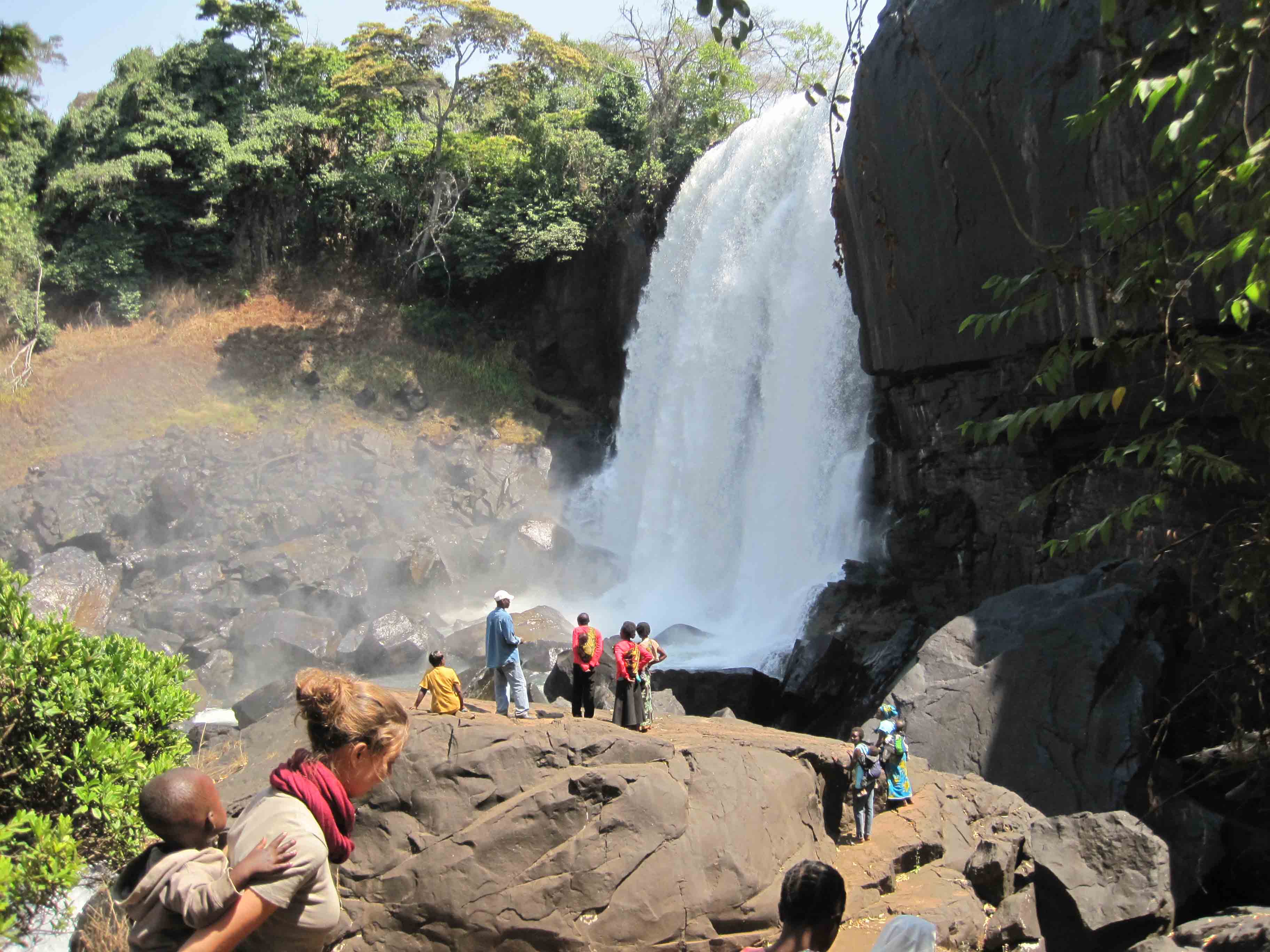 KELVIN KACHINGWE, Kasama
IF there is a reason to spend a little more time in Kasama after the Ukusefya Pa Ngâ€™wena traditional ceremony, then it should be for purposes of sampling its tourism attractions.
Among the first stops should be the Chishimba Falls, located about 35 kilometres west of Kasama on the Kasamaâ€“Mporokoso road on Luombe River, within the Bangweulu block.

THE WATERFALLS was declared a national monument in 1964.
Regarded as sacred, the falls are actually made of the Mutumuna (upper falls), Kaela rapids (middle falls) and the Chishimba (main falls), which are separated by a distance of less than 300 metres from each other.
Historical research has shown that Chishimba Falls was occupied by the Bemba people who had migrated from the Kola region and the Luba kingdom. The Bemba people had left the Luba kingdom in the mid-17th century â€“ about 1650 AD.
From Kola region in the present day Democratic Republic of Congo (DRC), they migrated into Zambia and settled in Kasama and Chinsali districts. Evidence of ancient human habitation of and around the falls is in form of Iron Age remains, mainly concentrated in the eastern direction of the Kaela rapids.
An archaeological survey research revealed a number of spots dotted around the monument site that showed active Iron Age industry from the past centuries. This was seen from heaps of bog iron, hematite stone, destroyed kilns, and evident smelting pipes as well as potsherds.
However, the Bembas believe the spirit of Chishimba resides in the cave below the falls and as such bad behaviour such as insults are not allowed within the vicinity of the falls.
The waterfalls was declared a national monument in 1964, it was largely motivated by its aesthetic natural beauty in form of its three successive waterfalls that are well nourished by the pristine mushitu and other riverine vegetation.
The other reason for its declaration as a national monument was because of its traditional heritage values â€“ the myths and totems that for several hundreds of years have helped to conserve the site as a sacred place where ancestral worship for good health, abundance and prosperity could be sought and found by the spiritual mediums.
But even with that, Zesco has developed a hydro-electric power plant just above the falls, which supplies power to Kasama and the surrounding areas. That though has not succeeded in diminishing the beauty of the falls; the Mutumuna Falls has a drop of 20 metres while the main Chishimba has a drop of 30 metres falling to the foot.
Writing for www.world-of-waterfalls.com, Johnny T. Cheng gave the Chishimba Falls an above average rating.
He wrote: â€œWhen we went upstream from the car park, the short path eventually led us to the uppermost waterfall called Mutumuna Falls. This waterfall was wider than it was tall, which made it seem attractive to us. We were able to scramble onto a path that fronted its rocky base as well as take the trail towards an upper viewpoint where we could see the fallsâ€™ context as well as the hydroelectric development behind it.
â€œAs a matter of fact, it would turn out that this part of the waterfall received the most attention for hydro-electric development as we saw power lines and some supporting concrete and metal structures around the upstream from the falls itself.
â€œWhen we headed downstream from the car park, we had to go past some water diversion channels as the trail went alongside the Luombe River (which all the waterfalls were on). When we looked back upstream, we could see Mutumuna Falls in the distance above some trees. However, just a few minutes further downstream on the trail led us to a series of rapids known as the Kaela Rapids.
â€œThis series of rapids was probably punctuated by a couple of five-metre or so plunges. There was a gazeebo-like shelter nearby for viewing this part of the falls. From there, we were able to look upstream at perhaps the most scenic part of this section of the falls.
â€œContinuing further downstream on the main trail for another 15 minutes or so, we eventually made it to the main Chishimba Falls. This part of the waterfall consisted of a narrower drop than the previous two sections as the water seemed to be more channelled.
â€œFrom the trail, we were able to get right up to the brink of the falls, take a short scramble to the wet and rocky base of this waterfall, and even get a more distant but profiled view of the falls from another one of those gazeebo-like shelters.
â€œDespite the hydroelectric developments, all sections of the Chishimba Falls still flowed with vigour when we saw them. All told, we spent about an hour at this waterfall encompassing the hiking and the photographing.â€
But the best is actually to camp there. Agro-commodity exchange, to partner with JSE
What will America do differently once it signs on to SDGs?