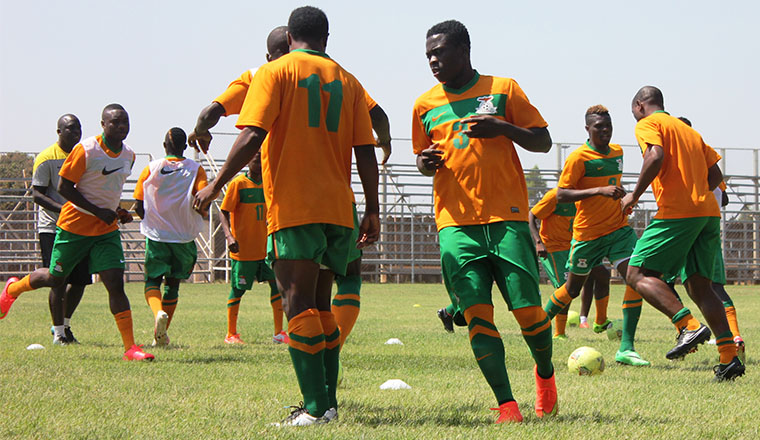 SOCCER REVIEW with VICOTR KUMWENDA
AT LEAST tonight, focus will be on the 2015 Africa Cup of Nations whose draws will be conducted in the Equatorial Guinea capital, Malabo.
The Chipolopolo and the 15 other nations to contest next yearâ€™s AfCON will know their opponents with the final draws set for this evening.
The draw, to be conducted in Malabo, will be broadcast live on SuperSport.
The teams have been divided into four pots based on their rankings. One team from each will make up the four groups to contest the round-robin stage.
As Zambians, our initial interest will be to know the fate of the Chipolopolo for various reasons.
The first being that the Chipolopoloâ€™s form has been dwindling since winning the Africa Cup in Equatorial Guinea and Gabon in 2012.
Since the inaugural lifting of the African crown by the Christopher Katongo-led squad, fortunes have drastically eluded mother Zambia to the extent of getting booted out of the preliminary rounds in the 2013 edition in South Africa.
As if that was not enough, coach Herve Renard and his French compatriot Patrice Beaumelle ditched the Chipolopolo in search of greener pastures.
Renard was the first to throw in the towel for French club Sochaux where he unfortunately failed to accomplish his mission of saving them from getting demoted.
At the time of his contract with Sochaux coming to an end, he was linked with a move to Morocco, who were preparing to host the 2015 Africa Cup, which they aborted, claiming the Ebola virus was going to spread to their country by allowing soccer immigrants.
When Renard had settled in Ivory Coast, he beckoned Patrice who also ditched the Chipolopolo, leaving the Football Association of Zambia to grapple with the crisis which their exit had created.
FAZ acted swiftly by installing Honour Janza at the helm of the Chipolopolo barely a month before the 2015 Africa Cup qualifiers began.
The take-off for Janza was not smooth following a draw with Mozambique at home, a loss to Cape Verde in Praia and, subsequently, another draw against Niger in Niamey.
The results did not please the Chipolopolo fans, who dreaded missing out on the soccer pilgrimage the country has been used to and is akin to an entitlement.
But a win over Niger in Ndola and another victory away to Mozambique put the Chipolopolo on the flight to Equatorial Guinea.
For me, tonight is not a factor. What the Chipolopolo need are decent preparations to be able to withstand any opposition in Africa.
Janza should be given a privilege to choose which teams he thinks will give the Chipolopolo good warm matches as well as choose any country in the world where the team should camp.
From the matches played so far, Janza has a good skeleton of the team but needs a few more players to add depth.
vkumwenda@daily-mail.co.zm, victorkumwenda@yahoo.co.uk