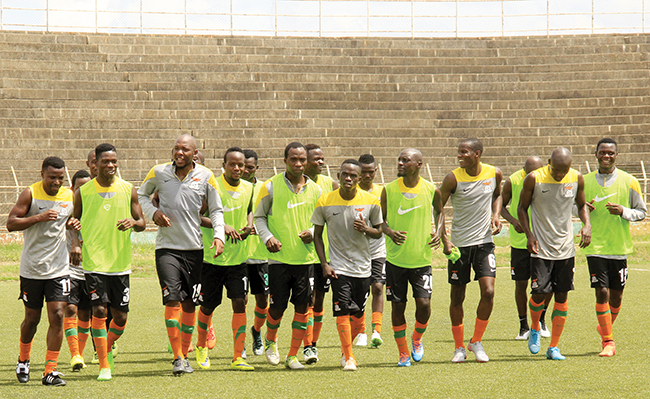 MATHEWS KABAMBA, SYLVESTER CHISHIMBA, Kitwe, Lusaka
FORMER international midfielder Jericho Shinde says Zambia has a chance to qualify for the 2018 Russia World Cup finals and has called on the Chipolopolo to be mentally prepared for battle.
Shinde said in an interview in Kitwe yesterday that there is no need to give Group B opponents respect.
Zambia are in Group B alongside Algeria, Cameroon and Nigeria.
â€œPeople are saying we are underdogs and on paper we have been pitted against the big teams but football is not played on paper. There is a mental block that our players need to get rid of. We are not a push over.READ MORE