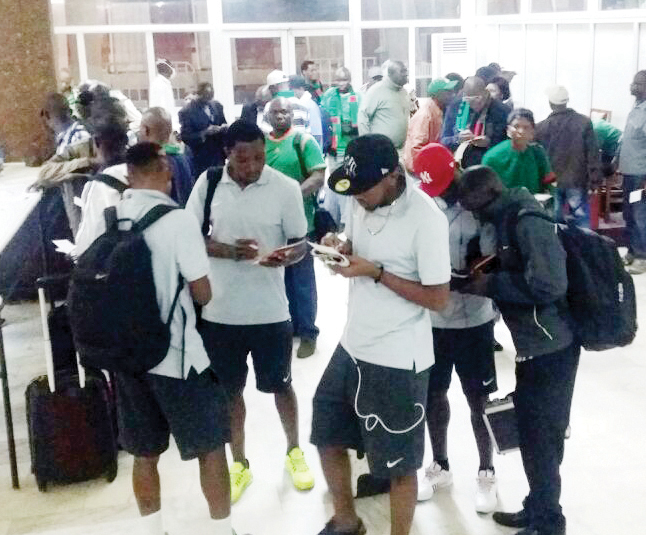 NIAMEY – The Zambia national soccer team arrived in Niamey on Thursday night ahead of todayâ€™s 2015 Morocco Africa Cup of Nations qualifier against Niger.
The African Charters Airline plane arrived at Diori Hamani International Airport at 23:40 hours Zambian time after a stopover in Kinshasa. The team is accommodated at Tenere Hotel in the heart of Niamey.
Delegation leader Boniface Mwamelo described the reception from the Niger Football Federation as warm.
And Deputy Minister of Youth and Sport Christopher Mulenga said Government has met its obligations of providing allowances to the players and expects victory today.