CHIMWEMWE MWALE, Livingstone
IT is a conspicuous and inimitable feature that greets your eyes as you enter Sussi and Chuma Street off Mosi-Oa-Tunya Road before turning right to the Livingstone Museum entrance.
It’s a stationary Chipmunk two-seater training aircraft that was powered by a Gypsy Major engine.
But how did it ‘land’ at the museum?
Livingstone Museum acting director Clare Mateke explains that the Chipmunk was bought by the Zambian Air Force (ZAF) from the British Royal Air Force (BRAF) in 1966.
Mrs Mateke, who is keeper of mammalogy in the Natural History Department and a self-made part-time historian at Livingstone Museum, said in an interview that the aircraft was one of six DHC-1 Chipmunks bought by ZAF.

They were developed and manufactured by Canadian aircraft manufacturer de Havilland.
Chipmunks were used in the initial training of Zambian pilots after Zambia’s independence.
But the aircraft registration Air Force (AF) 506 became obsolete in 1970.
“On the October 24, 1964 the NRAF changed its title to ZAF. A RAF team was sent to Zambia to prepare Zambians for positions in the new air force. This saw the formation of a Flying Training School (FTS) and a Technical Training School (TTS).
“The first aircrafts from Britain were six DHC-1 Chipmunks, WG283, WG284, WG299, WG428, WK618, WK619, and were flown by the FTS,” explained Mrs Mateke.
Affectionately known as Chippie, it was developed shortly after the Second World War and sold heavily throughout the immediate post-war years, being typically employed as a replacement for the de Havilland Tiger Moth biplane.
It performed its maiden flight on May 22, 1946 and was introduced to operational service that same year.
During the late 1940s and 1950s, the Chipmunk was procured in large numbers by military air services such as the Royal Canadian Air Force (RCAF), RAF and CLICK TO READ MORE 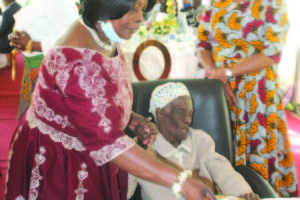 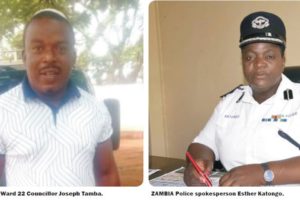 Youth gangs: What’s the root cause?