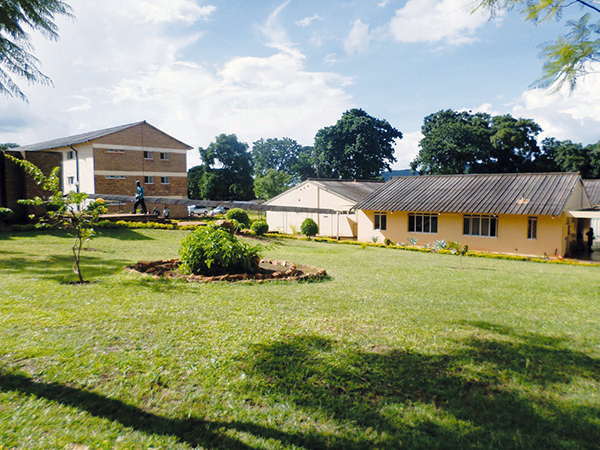 JIMMY CHIBUYE, Chipata
GOVERNMENT says the project to upgrade Chipata General Hospital into a central hospital before the end of this year is on course.
Deputy Minister of Health Chitalu Chilufya has also disclosed that Senanga Nursing School will open this year.
Dr Chilufya said Government has bought specialised equipment such as computerised tomography (CT) scan, polymerase chain reaction (PCR) and an ultra-modern cardiovascular in readiness for the upgrading of Chipata General Hospital into a third-level institution.
Speaking during a tour of the health institution on Sunday, Dr Chilufya said under this programme, infrastructure will also be upgraded and improved upon.
â€œThe turning of Chipata General Hospital into a central hospital is firmly on course and if you look at the strategy we have employed, we are focusing on the upgrading of infrastructure so that we can accommodate various functions of a central hospital,â€ he said.
Dr Chilufya said the PCR, used in early childhood diagnosis of HIV and AIDS, and the cardiovascular machines have already been installed, while the CT scan machine will be fitted next week.
He said the installation of specialised machines will stop referrals of patients from Eastern Province to Lusakaâ€™sUniversity Teaching Hospital (UTH) in Lusaka or abroad for specialised treatment.
Dr Chilufya said the machines will also be used to teach professional staff in various imaging techniques.
He said last month, a block of flats to accommodate doctors at the hospital was commissioned and Government is now sourcing resources to improve infrastructure at the institution.
And Dr Chilufya said Senanga Nursing School will open this year and will start with an initial intake of 40 students.
He said the Patriotic Front (PF) government is determined to address the human capital deficit, hence the need to open new and old nursing schools.
Dr Chilufya said the construction of the National Training Institution, which will recruit 2,000 health workers of various cadres, is also advancing well.
He said when he toured Chipata School of Nursing and Midwifery that nursing schools received funding from the European Union (EU) for expansion projects.
The minister was impressed that Chipata School of Nursing has used its K1.2 million very well in expanding its classroom blocks, dining hall, kitchen and office blocks.
The school will increase its enrolment capacity from 55 to 70 after the expansion project.
Chipata General Hospital medical superintendent Daniel Makawa said the transformation of the hospital was long overdue and would enable people in Eastern Province access specialised treatment faster than before.