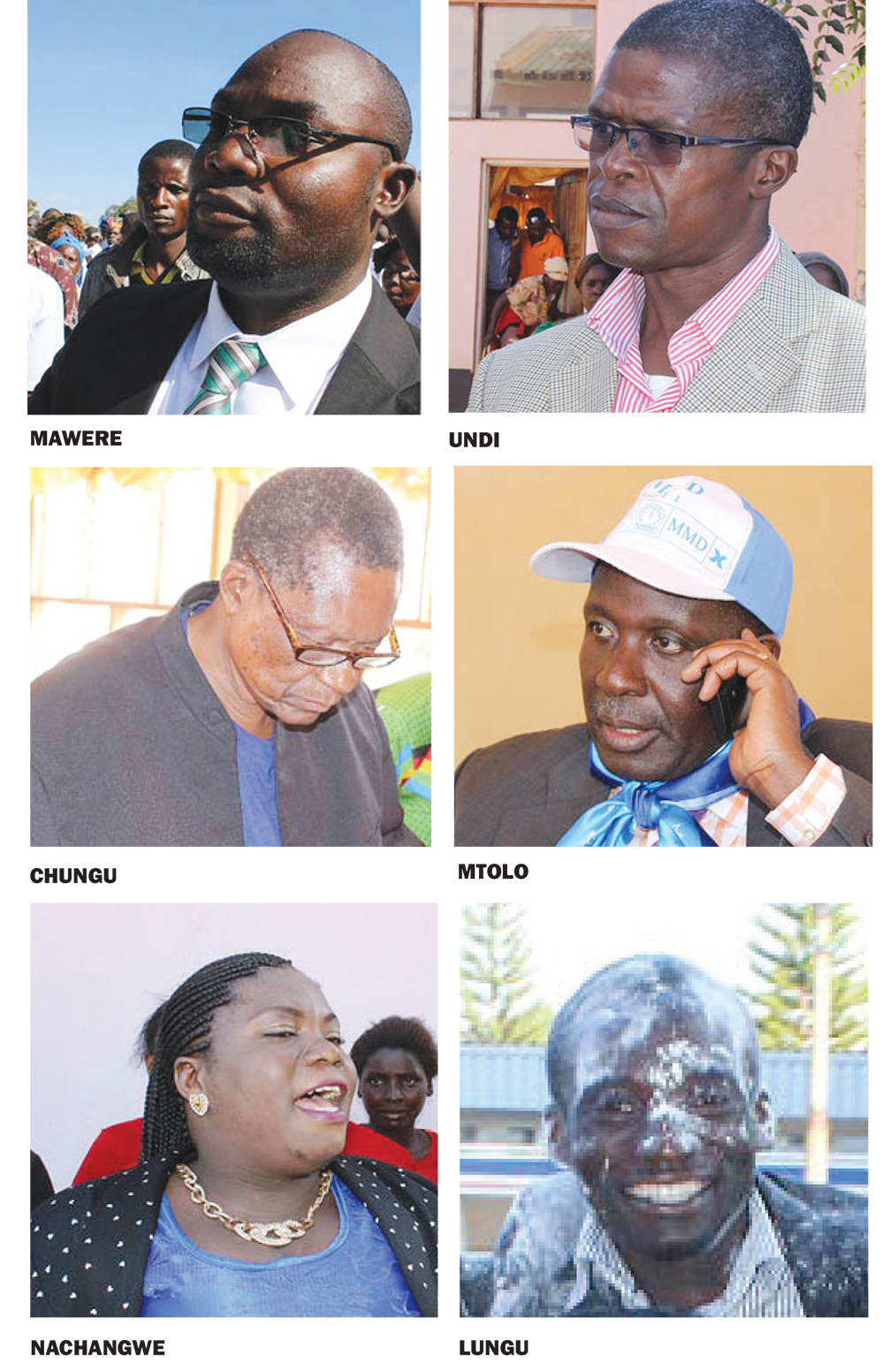 DARLINGTON MWENDABAI, Chipata
SIX candidates are offering themselves as Parliamentary candidates for Chipata Central Constituency to where there are 49,744 registered voters.
According to the 2011 Electoral Commission of Zambia (ECZ) votersâ€™ register, the number of registered voters comprises 25,757 male and 23,987 female.
The population of Chipata district stands at 455,783 of which 224,934 are male and 230,849 are female.
However, Chipata Central Constituency is the most densely populated with 159,325 people. It has four wards.
Those vying for Chipata Central seat are Moses Mawere of Patriotic Front (PF), Mtolo Phiri (MMD), Nedson Undi (UPND), Portipher Chungu (FDD), Dorcas Nachangwe (Rainbow) and Watson Lungu (UNIP).
Since the 1970s, the cosmopolitan constituency has had 11 members of Parliament (MPs) and whoever emerges winner this year, will be the twelfth. The constituency houses the provincial town, which is Chipata.
However, Mr Mawere, 36, confidently says he is the right man for the job.
He is bubbling with confidence that he will be the first PF member to scoop the seat and called for Zambians to vote for President Lungu and the ruling party.
He says the electorate in Chipata should vote for the PF party so that developmental projects can continue even after the polls.
He was born in 1980 at Chipata Central Hospital and did received his primary education at Chipata Day Secondary School.
â€œI did my diploma in forestry and later got a degree in developmental studies. So, I am the right man for the job,â€ he says.
Mr Mawere says he has been helping the people in various communities since 2011.
He says as an agronomists, he will promote the agriculture sector as well as improve sanitation in the constituency.
He says development in all sectors speaks for themselves and his only job is to â€˜Latapo,â€™ a Chewa word meaning, â€œPoint at what has been achievedâ€.
But Mr Mtolo Phiri, 52, says he will return his seat because he will only â€˜sontaâ€™ (point) at the roads and clinics done in the constituency among other developmental projects.
The economist who was first elected to Parliament in 2011 under the MMD ticket but had his seat nullified in 2013 before reclaiming it, says he spent much of his time in court than serving the people.
He says he has an advantage over his friends who are contesting the seat for the first time.
â€œI urge people to vote for me as MP and vote for President Lungu as President. We have a working relationship with PF to support the presidential candidate,â€ he says.
However, UPNDâ€™s candidate Mr Undi describes himself as the best candidate who will address the water problems in the area.
He is 47 years old with an advanced certificate in auto-mechanic. He is running his own business as a transporter.
Other than addressing the water challenges, Mr Undi says he will work with Government to build more clinics to improve health care delivery.
And FDDâ€™s Chungu, 64, has pledged to improve the agriculture sector once voted into office.
Mr Chungu, who described himself as a veteran politician and an agronomist by professional, says he is qualified for the job.
He says he was once Eastern province MMD chairperson from 1995-2001 before being nominated as MP.
â€œHowever, my stay as MP for the Province was short-lived because I was one of those who were opposed to the third term during late Dr Chilubaâ€™s era,â€ he says.
He says when he left MMD, he joined FDD where he has been serving as national chairperson since 2006.
Mr Chungu has pledged to transform the agriculture sector once voted into office this year.
On the other hand, Rainbowâ€™s candidate Ms Nachangwe, 23, urged the electorates to vote for a female candidate.
Ms Nachangwe says although she is young, she is the right candidate for Chipata Central. She was born in 1992 at Chipata Central Hospital
She says she went to St Monica and St Margaret and did biomedical science at Evelyn College College of Applied Arts and Commerce from 2013-2015.
She says she does not consider herself a girl but a â€˜motherâ€™ who will take care of the people, especially children and mothers because she has a generous heart for the vulnerable.
â€œAs a mother, I know the difficulties of children and mothersâ€¦so vote for me. I will do better. I know PF Government is currently constructing health facilities like hospitalsâ€¦I will work with Government as MP,â€ she says.
UNIPâ€™s Lungu, 27, does not consider himself out of the race despite struggling at first to file his nominations as his party delayed to pay for his nomination fee.
Mr Lungu says what is important now is that he is in the race and he is winning come August 11.
The Chipata College of Education student says his grades at school will not be affected during campaigns.
â€œJust vote for me, I will bring the desired development when I take over the office in August,â€ he says.
All the candidates have pledged to conduct violence-free campaigns and accept defeat once the final results are announced.

Samsung giving hope to communities
Where is this violence coming from?