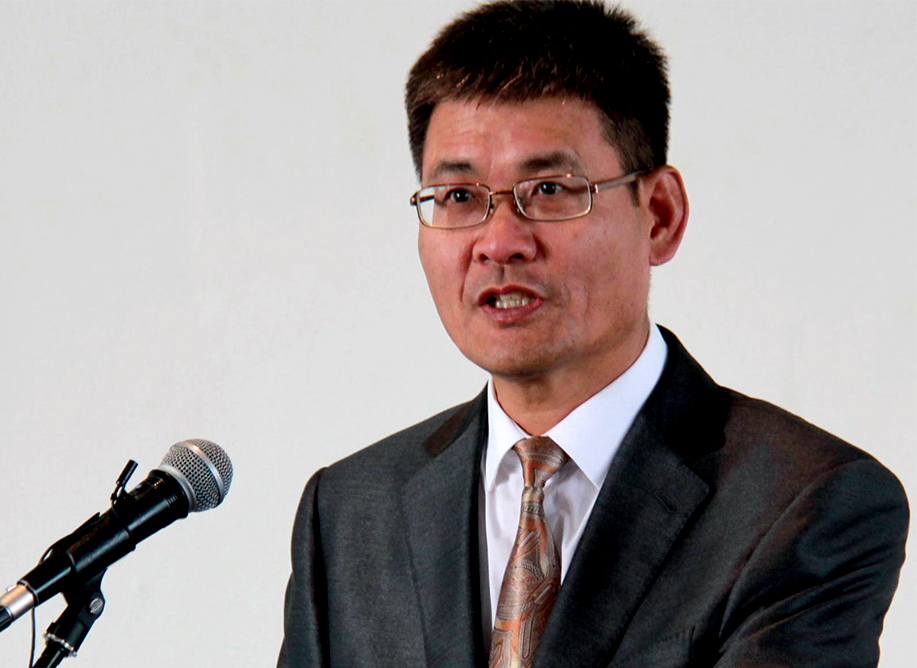 YANG YOUMING, Lusaka
THE world economy is now at the crucial stage of profound adjustment and a shift in force that drives the growth. And the world is yet to shrug off the deep impact of the global financial crisis.
Against this background, the Chinese economy has entered into the new normal shifting from fast quantitative expansion to a stage of pursuing higher quality and efficiency.
According to the data released recently by the Chinese government, the Chinese economy grew 6.9 percent in 2015 which still remained within the reasonable range of development speed.
Firstly, Chinaâ€™s Gross Domestic Product (GDP) registered a medium-high growth rate with a GDP increase of over US$500 billion, and continues to be one of the fastest of the worldâ€™s major economies.
Chinaâ€™s share of global GDP has now reached 15 percent. As the world economy is sluggish, this growth rate is more than satisfactory. Employment increased steadily, income kept a constant rise, and prices also remained stable.
Secondly, the economic structure is continuously optimised. This is mainly reflected in the following: the structure of demand continued to improve, industrial restructuring kept advancing. Consumptionâ€™s contribution to growth increased by 15.4 percentage points, 30.3 percentage points higher than that of investment.
The share of the service sector in GDP rose by 2.4 percentage points, 16.7 percentage points higher than the industrial sector. Per unit GDP energy consumption was lowered by 5.6 percent. The added value of high-tech industries was up 10.2 percent year-on-year, growing much faster than traditional industries. The regional structure is more coordinated and balanced. The urban-rural structure is continuously optimised. These changes are beneficial for the sustainable development of the Chinese economy.
Thirdly, China remains a major driving force for global economic growth. In 2015, China contributed one quarter to the world economic growth. Chinaâ€™s imports totalled US$1.68 trillion, still the second largest in the world.
The outbound direct investment reached US$127.6 billion, up by 10 percent year-on-year. Chinese nationals made 120 million overseas visits, up by 12 percent, and spent more than RMB 1 trillion overseas, registering an increase of 20 percent. The volume and global share of Chinaâ€™s imports of major commodities from international market continued to grow.
Looking into 2016, China has the confidence and capability to maintain medium-to-high level growth. The Chinese economy enjoys great potential, resilience and ample space for policy adjustment. The first reason is that there is a more solid material foundation after over 30 years of economic growth.
China now has a more complete industrial system and a more efficient infrastructure network, with its more than 220 types of industrial products and operational mileage of high-speed rail ranking the first in the world.
The second is based on the high-end orientation of production factors. New members of the workforce have about 13-year schooling on average, with over seven million college graduates who enter into the labour market annually.
The amount of research and development expense of the society is more than 1.4 trillion RMB, which ranks the second in the world. Chinaâ€™s total amount of invention patents has become the first in the world.
The third is because of the vast market space. Consumption has become the strongest driving force of Chinese economic growth. China has the largest number of mobile internet users and 4G network users worldwide, which stand at 680 million and over 100 million respectively.
At the same time, Chinaâ€™s urbanisation rate has now reached 56 percent, with 20 million of rural population moving into urban areas annually, pushing up demands in investment and consumption.
China has become an important engine of the world economy and will continue to make positive contribution to the world economic growth. In the coming five years, it is estimated that China will import more than US$10 trillion of goods, and its demand for commodities will keep a stable growth.
Chinese investment abroad is expected to exceed US$500 billion. Chinese imports of Zambian products and investment in Zambia will accordingly continue to expand. At the same time, China plans to increase overseas cooperation in production capacity and equipment manufacturing, which is beneficial for Zambia to speed up its industrialisation and urbanisation causes. At the Johannesburg Summit of Forum on China-Africa Co-operation (FOCAC) successfully held last December, the Chinese side announced that China would offer US$60 billion of funding support to African countries including Zambia. Currently, the Chinese and Zambian sides are actively engaged in identifying co-operation projects.
It can be anticipated that the co-operation potential between the two countries in the fields of infrastructure construction, energy, tourism, agricultural processing will be further released within the framework of FOCAC, creating more opportunities for socio-economic development of Zambia. China is willing to work with Zambia to take advantage of the new opportunities for bilateral pragmatic co-operation, provide new driving forces for economic growth of the two countries and jointly open up a new prospect of development!
The author is Chinese Ambassador to Zambia.