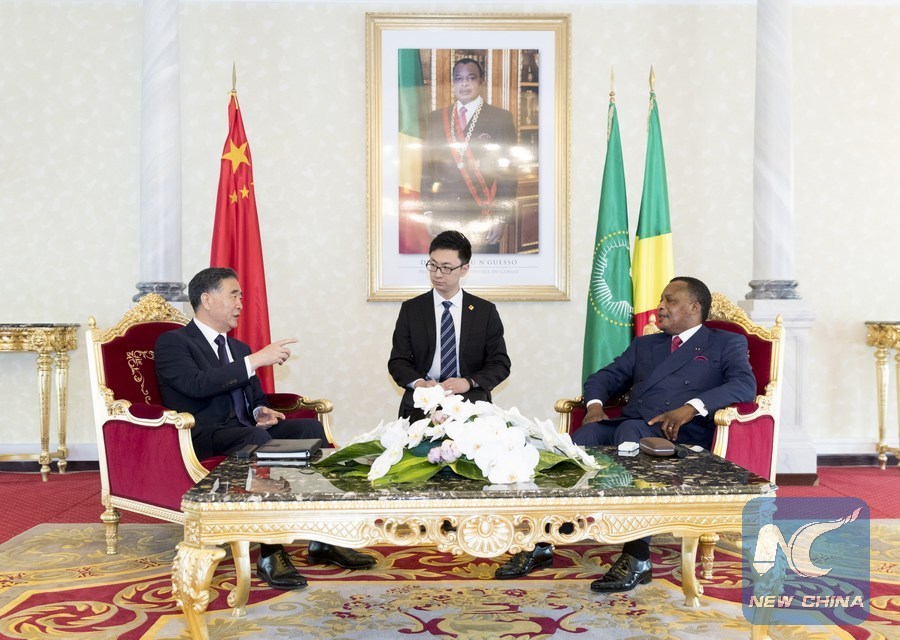 China’s top political advisor Wang Yang paid an official visit to the Republic of Congo from Monday to Wednesday to further advance bilateral ties between the two countries.

Wang said Xi looks forward to having an in-depth exchange of views on the further development of bilateral ties and China-Africa ties with Sassou Nguesso during the upcoming Beijing Summit of the Forum on China-Africa Cooperation (FOCAC) to be held in September.

Xi visited the Republic of Congo in March 2013 during his first African visit since he took office in 2013. During Sassou Nguesso’s state visit to China in 2016, the two countries lifted bilateral ties to the comprehensive strategic partnership of READ MORE