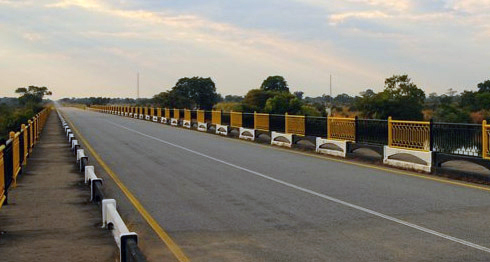 KABANDA CHULU, Nkeyema
GOVERNMENT has engaged China Henan Limited to undertake full rehabilitation of the Kafue River Hook Bridge in the Kafue National Park in Mumbwa at a cost of K147.5 million.
The bridge has developed cracks on some of its piers (pillars).
It was built 40 years ago and is the safest and most reliable passage between Western Province and the rest of the country.
During the inspection of the works by the Road Development Agency (RDA) delegation led by its board chairperson Samuel Mukupa, project consultants Kiran Musonda Associatesâ€™ assistant resident engineer Kokula Kanta said a Bailey bridge will be erected adjacent to the existing structure to provide alternative passage for traffic.
â€œWe are on course to complete the works as scheduled by October 2017.
â€œWe faced slight delays to start the works due to the lengthy discussions we had with Zambia Wildlife Authority since the area where the camp site has been set up is inside the Kafue National Park,â€ he said.
Mr Kanta said components of the Bailey bridge are being shipped from China and that the assembling will start in January next year.
â€œIt will take about six months to assemble the panels of the Bailey bridge that will be used as a bypass for traffic, including trucks and buses, then we will start dismantling the concrete piers and put in replacements,â€ he said.
And Mr Mukupa urged the contractor to speed up the works because the bridge is important to peopleâ€™s livelihoods.
â€œThe life of the pillars is almost coming to an end, and to avoid disaster and disruption to economic activities, Government, through RDA, has engaged these contractors to undertake full rehabilitation within 24 months from August 2015,â€ he said.