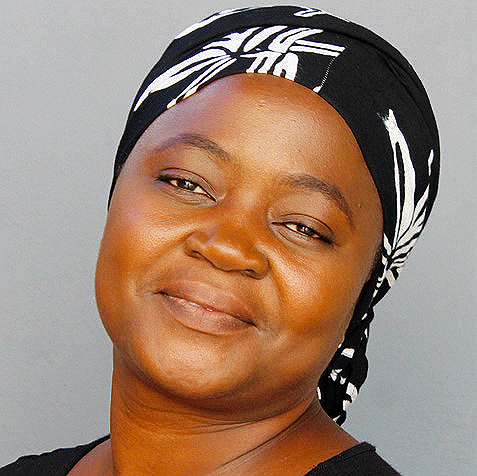 Analysis: MARGARET CHISANGA
AT 13:33 hours on July 18, 2018, Policy Monitoring Research Centre executive director, Bernadette Deka shared an interesting Facebook posting, which said: “Ratification by heads of state has just taken place. Behold, the SG [secretary general] – COMESA, Ms Chileshe Kapwepwe” with a picture of Ms Kapwepwe attached.
Journalists immediately confirmed the news. And a wave of jubilation slowly spread across the COMESA region.
But a greater sense of joy was stirring in the hearts of many hard-working Zambian women, who were truly happy to see one of their kind strike a first at something this significant.
Later that day, Ms Kapwepwe was appointed and sworn in during the 20th COMESA Heads of State and Government Summit in Lusaka, taking over from Sindiso Ngwenya, who retired after the expiry of his term of office.
Ms Kapwepwe, as new COMESA secretary general, becomes the first female and the sixth person to occupy that office since 1994 when the regional body was transformed from the Preferential Trade Area to COMESA.
As this news sent waves of excitement, the country’s leading women in different sectors shared their excitement.
Panos Southern Africa executive director Lilian Kiefer, a strong activist for women empowerment, viewed the appointment of Ms Kapwepwe to such an influential international leadership position as a vote of confidence in women’s leadership in public administration.
She has no doubt that Ms Kapwepwe will excel in this position and set a good example that will inspire more women to aspire for leadership in public administration and build the credibility of women leadership.
My two cents of recommendation to the COMESA secretary general is to tap into the resourcefulness of female entrepreneurs and create opportunities for growth of their businesses.
I speak especially for female cross-border traders, who play a fundamental role in contributing to poverty reduction and food security in the region.
Many of these were actually recently negatively affected when a fire swept through COMESA market in Lusaka, displacing over 2,500 traders.
According to the International Centre for Trade and Sustainable Development, cross-border trade is a major feature of the African economic and social landscapes, with some estimates contending that it contributes to the income of about 43 percent of Africa’s entire population.
Such trade supports livelihoods and creates employment, including for disadvantaged and marginalised groups.
Cross-border trade typically happens among small-scale traders, and is often dominated by women. Traders generally exchange small quantities of modest value due to a variety of constraints, including limited financing, poor quality inputs, low capacity, lack of machinery, and inefficient marketing and distribution channels.
This country is awash with numerous such female entrepreneurs, who have failed to expand their businesses due to lack of financial literacy, lack of capital for reinvestment, and inefficient marketing and distribution channels.
I believe given the right tutelage, access to facilities and financial inclusion, many women can grow their businesses in exponential levels that would contribute more significantly to the economic coffers.
These are the women I urge Ms Kapwepwe to keep in mind as she discharges her duties across the region.
The hard-working women who face challenges in expanding their businesses due to lack of financial knowledge and inclusion opportunities need her attention.
Given the right environment and incentives, the right information and personal resolve, women can create businesses that can have significant impact on the economy.
Zambia has great examples in the likes of Monica Musonda and Maria Zaloumis, who have recorded success in the agricultural and food production business.
Zaloumis’ Tuzini Farm has shot to exponential success and is a good example of where Zambian female entrepreneurs should be.
But many have been doing the same kind of business for a long time and earning more or less the same profit year after year.
Ms Kapwepwe, as you diligently dispense your duties, I desire that you create in your mind the image of a Zambian woman, clad in a chitenge, with a huge basket of bananas on her head.
She moves from shop to shop, stand to stand, trying to get her bananas to sell. At the end of the day, her basket is empty but she has only made enough profit to cook one decent meal for the family.
In order to secure another hearty meal, she needs to go through the same toil all over again. Never taking a day off, never taking a holiday. Dreading the day sickness renders it impossible for her to carry out the trek again because then, surely, her household will go hungry.
This is the woman I want you to think about, the one who is hard-working, defiant in the face of harsh weather, confident in her abilities, and desperate for growth.
This is the Zambian woman, but this is also the African woman; strong, wise, and never afraid to wake up and try again.
This is the woman that, given the right training, skills and abilities, is capable of joining the ranks of Deka, Keifer, Zaloumis and Musonda in making significant contribution to the social and economic growth of our beautiful country.
As a journalist, I am privileged to have the ability to mingle in the worlds of both kinds of women. As a journalist, I can tell they have the same resolve, the same hunger and the same drive for success.
What they need then are the same opportunities.
With your calibre of leadership, dedication, heart, and generosity, I know that will be possible for you to achieve.
The author is Zambia Daily Mail senior sub-editor.